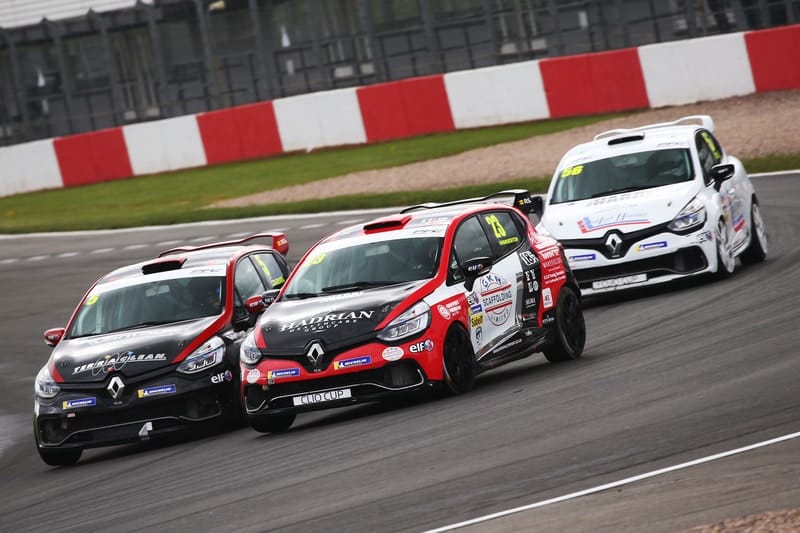 After missing the weekend at Thruxton, the Renault UK Clio Cup will return with a bang at Croft in Yorkshire and hopefully the resumption of the battle at the top between Jack Young and Max Coates can continue without any further hitches.

A new track surface has been laid at Croft and experts predict that lap times will be the fastest seen in the UK Clio Cup. Jonny Adam’s fifteen year old lap record may finally be under threat.

MRM Racing have a stranglehold on the top two positions of the drivers championship with Jack Young heading Brett Lidsey. Both these drivers have been enjoying a fantastic season so far. However, you feel that a certain scrutineering event last out time at Donington Park has made both their lives easier in the overall title race.

Max Coates did well to bounce back from disappointment in the second race at Donington and now he has the opportunity to look forward to his home event and scoring another popular victory. The emotions were running high when he did so last season.

Max’s teammate Ethan Hammerton and Westbourne Motorsport’s Finlay Robinson also have Croft as their home circuit so the extra proud push from the strong crowd might give them the extra tenths they may need for strong finishes.

Jade Edwards and Jamie Bond both for Team HARD have enjoyed their best ever finishes in the championship with fourth place by the time the flag has dropped at the end of a race. The eagerness to finally progress to the champagne spraying will have been quite the incentive over the break and plenty of focus would have been put towards that goal.

Ben Colburn will still be on a high from his maiden podium finish at Donington Park and Westbourne have bolstered their line-up with joint Team Principal James Colburn joining the squad at select weekends, the first being at Croft. He’ll be out there to strengthen the squad’s championship positioning.

Elsewhere, Luke Warr will be building on a strong weekend at Donington for Specialized Motorsport and Nathan Edwards returns to the series following select outing in 2018. He joins the MRM Racing fold.