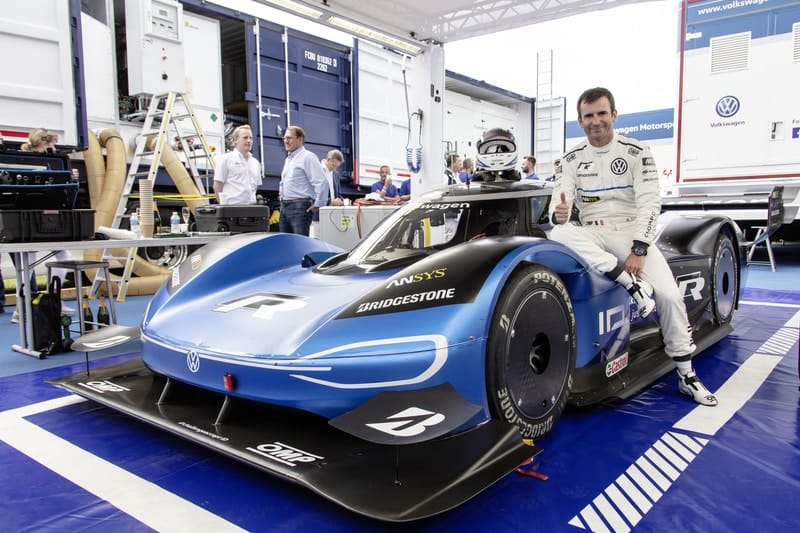 Volkswagen Motorsport has broken the 20-year-old record for the fastest hillclimb in the history of the Goodwood Festival of Speed using its all-electric ID.R prototype.

The previous record, set by Nick Heidfeld in a 1998 McLaren-Mercedes MP4/13 Formula 1 car, had stood since 1999 before Romain Dumas managed to better the German’s time by 0.420 seconds on Friday.

Two-time 24 Hours of Le Mans overall winner Dumas has also claimed the notorious Pikes Peak hillclimb record in 2018 and the fastest time in an electric car at the Nürburgring Nordschleife in 2019 using the ID.R.

The 2019 edition of the Festival marked the Volkswagen prototype’s second attempt at the hillclimb, following on from last year’s debut appearance, and saw the addition of an “optimised” sprint run setup for the 500kW car.

The improvements saw the ID.R and Dumas beat the first attempt’s time by 1.870s and move from third on the hillclimb’s all-time leaderboard to top spot.

Volkswagen’s figures suggest that the difference in power between the V10, 3.2L naturally-aspirated McLaren F1 car and the ID.R prototype is 74kW – or 99BHP.

20 years on from his record-breaking run, Heidfeld took on the course in a second generation Mahindra Formula E car – but could only manage a time of 47.86s – as Dumas and Volkswagen eye a sub-40 second lap as the weekend progresses.

But Volkswagen has expressed worries over the possibility of improving its time due to the unpredictability of British weather, despite tyre supplier Bridgestone providing an extra soft compound for the Festival.

“I am a little bit stressed with the weather for the rest of the weekend so we tried to push today. Tomorrow I hope that we can go even a bit quicker.”

Saturday’s running will see a qualifying attempt from Dumas before the best-of-the-best shootout takes place on Sunday.

Kristoffersson wants to do World RX even if it will be only...

Two Cars for Rebellion at Spa and Le Mans