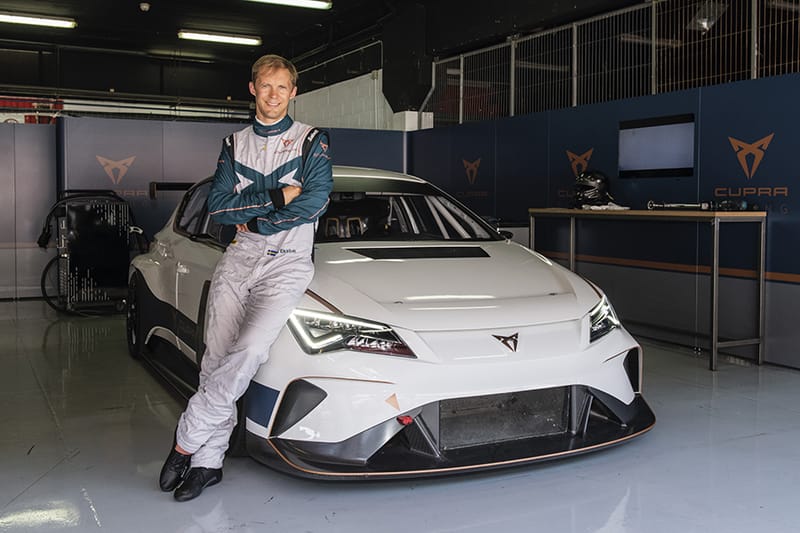 The Cupra e-Racer has previously been piloted by the veteran Spaniard, Jordi Gene, who has a long-standing relationship with the SEAT brand. Now though, it appears as though Ekstrom has taken over the reins of the car’s development.

With two DTM titles and an FIA World Rallycross championship to his name, the 41 year-old is a driver of undoubted pedigree. To be victorious on tarmac is one thing, but to be able to translate that onto the dirt takes a whole lot of skill. In fact, it wouldn’t be unreasonable to suggest that Ekstrom is one of the most versatile racing drivers on the planet right now.

For now, the Swede’s focus will be wholly on developing the car ahead of its planned racing debut in 2020. Whether or not he’ll be the driver to actually compete with it remains to be seen, but it would certainly be the logical next step for this partnership to take.

Ekstrom is set to be officially unveiled by Cupra at the 2019 Frankfurt Motor Show, which will run in the middle of September. To add further intrigue, they’ll be joined in Germany by Hyundai, who are expected to launch their own rival car to the Cupra e-Racer.

“Joining CUPRA is a natural move for me.” said Ekstrom. “After a career dedicated to the racing world where I had explored all combustion engine formats, I wanted to transition to electric racing with CUPRA, which has been a pathfinder in this segment since its creation.”

By Vince Pettit
2 Mins read
Motorsport UK reveals latest plans to get racing back on track in the UK.