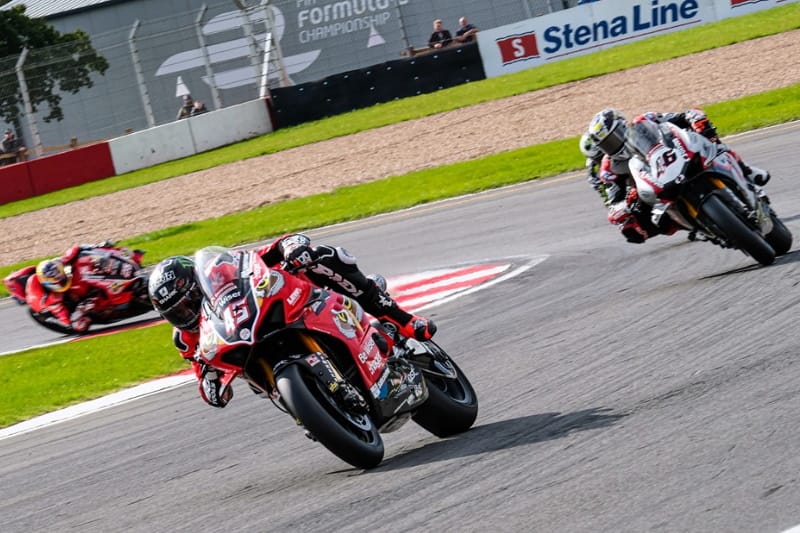 The Bennetts British Superbike Championship roars into action for one final time in 2019, for the triple-header season finale at Brands Hatch.

With a maximum of 75 points up for grabs, the championship is far from over, despite Redding’s impressive form so far in the Showdown.

Redding has been in an untouchable form so far in the Showdown, taking two dominant doubles at Assen and Donington Park, two tracks the Gloucestershire-man knows well.

It will be a highly anticipated return to the Kent circuit for the Championship leader, after a mixed weekend in difficult conditions earlier in the year that saw Redding come away with a 3rd in race 2, after a tyre gamble resulted in a 22nd place finish in the opening race.

On the other side of the Be Wiser Ducati garage, Josh Brookes heads into the final round full of confidence after a dominant double victory at Brands Hatch in June which saw the Australian rider become the most successful British Superbike rider ever at the GP circuit.

Brookes has only failed to stand on the podium once in the all-important Showdown races, after missing out on a podium spot in race one at Assen.

Brookes will also make his 250th race start at the final round of the season.

However, despite the current form, the two Be Wiser Ducati riders are on, they both have fellow Ducati rider Tommy Bridewell on their case this weekend.

Despite Bridewell being a massive 65 points behind Redding, the 31-year-old will still be aiming to continue his run of podium finishes at a circuit he and his Oxford Racing Ducati team claimed the Riders Cup 12-months ago.

Bridewell has also had good form at the Kent circuit, standing on the podium five times and finished the two races there earlier in the year on the podium as well.

Although the main focus is on the leading three, the remaining Showdown riders Danny Buchan, Tarran Mackenzie and Peter Hickman will all have a point to prove.

The fight for 7th, and the Riders Cup, is heating up between Honda duo Andrew Irwin and Xavi Fores. Both McAMS Yamaha‘s Jason O’Halloran and TYCO BMW‘s Christian Iddon have a chance of snatching the 7th place spot at the final round.

On-track action for the 12th and final round of the Bennetts British Superbike Championship kicks off on Friday with Free Practice one commencing at 10:15 GMT, whilst the Datatag Extreme Qualifying session is set to begin on Saturday at 12:15 pm before the first of three races at 16:00 GMT.

The final two races of the season will be on Sunday with lights out for race 2 at 12:45 and the final race of the year kicking off at 16:00.