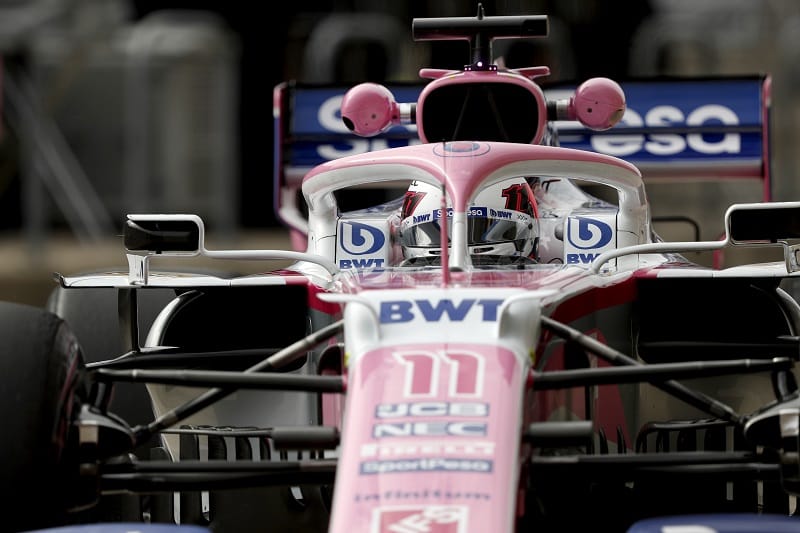 Sergio Pérez feels his 2019 season has been a disappointing one, with the Mexican admitting that his Racing Point F1 Team have not been where they wanted to be throughout the season.

Pérez scored points in only three of the opening twelve races, with no top ten finishes between finishing sixth in April’s Azerbaijan Grand Prix and the summer break.  Since racing resumed in September, the Mexican has scored six times in seven races and has moved into the top ten in the Drivers’ Championship, while Racing Point are sixth in the Constructors’ Championship.

According to Pérez, that disappointing first half of the season has cost Racing Point this season, with fourth place in the Constructors’ Championship out of reach and fifth looking unlikely with only the Brazilian and Abu Dhabi Grands Prix remaining.

“I don’t think we’ve achieved what we’ve wanted this year,” Pérez says on the official Formula 1 website. “It’s been a disappointing season, in a way.

“We knew it was not going to be great since the beginning but we kind of expected to be a bit more competitive by now. I think the second half of the season, we’ve been strong, in different circuits, different types of circuits, which is always positive.

“I think McLaren in that midfield have been very consistent, very strong, but I think we’ve been in the mix with all the other [midfield teams] and we’ve scored a good amount of points since the summer break. So I think that it’s a lot of positives to take – but the general picture is not where we want it to be.”

Pérez admits Racing Point’s Qualifying performances have not been as strong as they could have been throughout 2019, but when it comes to race day, the speed appears to be much better, with the Mexican feeling they have maximised their results whenever they could.

He hopes they can do enough to beat Scuderia Toro Rosso in the Constructors’ Championship with just one point between them heading into the penultimate race of the year, while the Renault F1 Team are eighteen points ahead in fifth.

“I don’t think we have quite the pace in quali, but then come race day, we seem to be on the stronger side, thanks to the strategy also from the team,” said Pérez. “I think the team has been tremendous in that regard, always maximising the [opportunities], especially in the last couple of races. I think we’re outsmarting teams with the strategies.

“There is still lots to play for. We are in a big battle in the constructors’ with Toro Rosso at the moment, so hopefully we can finish ahead.”