What Yamaha’s rider shake up means for legend Valentino Rossi 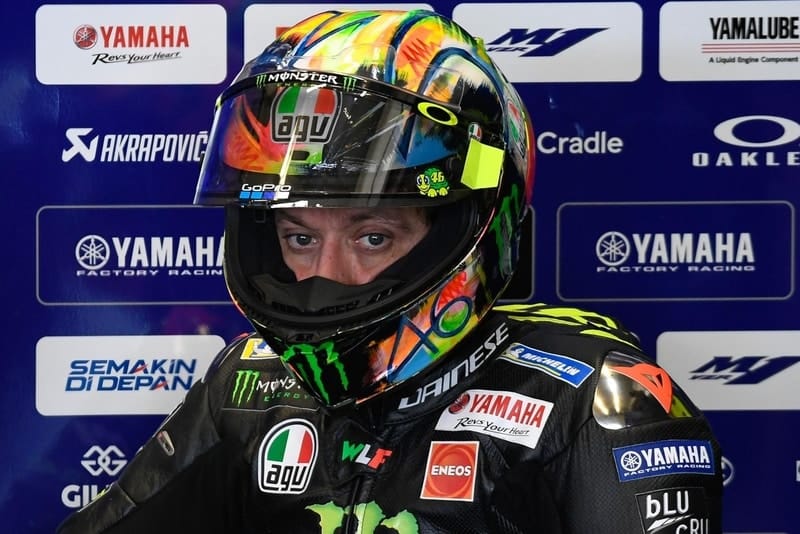 At the beginning of 2021, the MotoGP landscape will look drastically different one way or the other as Valentino Rossi will leave the Monster Energy Factory Yamaha team.

Today Yamaha announced their plans to move forward without Rossi following the 2020 season.

The news comes only a day after the team confirmed its agreement with Maverick Vinales to extend his deal until 2022 and today promote Fabio Quartararo for 2021.

Speaking with the media, managing director Lin Jarvis said: “The totally understandable decision of Valentino to assess his competitiveness in 2020 before making any decision about 2021 was something that Yamaha respects and also wholeheartedly agrees to.

While we have total respect for and confidence in Valentino’s abilities and speed for the 2020 championship – at the same time Yamaha also have to plan for the future.”

Jarvis noted that while Rossi will no longer be with the factory team, they will continue to support him if he carries on racing or retires.

“If he feels confident and continues to race, we will provide a Factory-spec YZR-M1 bike and full engineering support.

If he decides to retire, we will continue and expand our collaborations off track with the young riders’ training programmes of the Riders Academy and the Yamaha VR46 Master Camp, and with him as a Yamaha brand ambassador.”

Rossi has been adamant that his decision is on a yearly basis regarding retirement, and while this has been true for several years, today’s news as only added fuel to the fire.

Speculation has already been ripe as to what move the Italian will make. Could it be a potential move across garages to Petronas Yamaha? or even the long awaited entry of the VR46 team to the premier class.

All options will be on the table for Rossi, but the focus remains to be at the best level possible entering the 2020 season.

There were ongoing negotiations between Yamaha and Rossi which would be expected, but with the team looking for answers, that’s something Rossi could not guarantee: “For reasons dictated by the riders’ market, Yamaha asked me at the beginning of the year to make a decision regarding my future.

Consistent with what I said during the last season, I confirmed that I didn’t want to rush any decision and needed more time. Yamaha has acted accordingly and concluded the ongoing negotiations.”

Rossi has not been shy in discussing his goal to win a tenth title, a reason many believe he’s continued to compete at the highest level for so long.

Although it doesn’t look likely, rest assured Rossi still has the drive required to do so.

Regardless of what the future holds, the 40 year-old will be hoping to make a competitive start to the year, which will go a long way to the decision he makes come 2021: “It is clear that after the last technical changes and with the arrival of my new crew chief, my first goal is to be competitive this year and to continue my career as a MotoGP rider also in 2021.

Before doing so, I need to have some answers that only the track and the first few races can give me.

I’m happy that, should I decide to continue, Yamaha is ready to support me in all respects, giving me a factory-spec bike and a factory contract. In the first tests I will do my best to do a good job together with my team and be ready for the start of the season.”

While 2020 will be the final chapter in Rossi’s long successful history with the factory Yamaha team at least, his future will be one of the more interesting storylines to follow throughout the year.