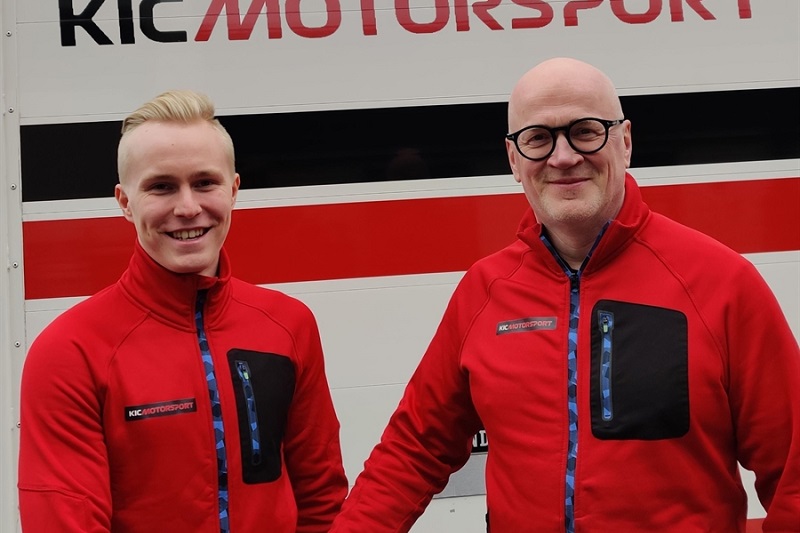 KIC Motorsport has confirmed its intention to continue racing in the 2020 Formula Regional European Championship after confirming Patrik Pasma alongside Konsta Lappalainen.

Lappalainen continues with the team for a second season but Pasma moves across from racing in the Formula Renault Eurocup championship with Arden Motorsport in 2019, where he finished tenth in the championship standings.  His best result of the year was a second-place finish in race at the Nurburgring.

“It’s great to start a new season in a new team and a new series,” said Pasma. “The tests have gone well, and the car feels extremely good. As the season draws closer, our objectives and expectations are set high.

“I believe that I have a great and realistic chance to meet my targets with KIC Motorsport.”

Petri Lappalainen, the Team Principal of KIC Motorsport, has welcomed Pasma to the team and says he believes that the Finnish driver will be a contender for the podium places during the 2020 campaign.

“I’m happy that Patrik will race for my team this year,” said Lappalainen. “Patrik was testing with us in Monza after last season and impressed us immediately.

“We have invested heavily in the upcoming season and we are confident that we’re ready to fight for podium places from the first race weekend.”

Monolite Racing has become the latest team to announce plans to join the Formula Regional European Championship grid in 2020, with an initial one-car effort before possibly expanding to two cars midway through the season.

The team, formed by Rudi Mariotto back in 2004, has Formula 3 experience in the Drexler-Automotive Formula 3 Cup and the FIA Central European Zone Formula 3 championships, but this will be the biggest step up in competition for Monolite Racing in their history.

No driver has yet to be announced for the seat with the team, which joins Gillian Track Events and Team Maestro by Cram as the new teams on the grid for 2020.

By Paul Hensby
4 Mins read
Oliver Rasmussen, Arthur Leclerc and Gianluca Petecof all took a victory in the opening weekend of the Formula Regional European Championship season at Misano.