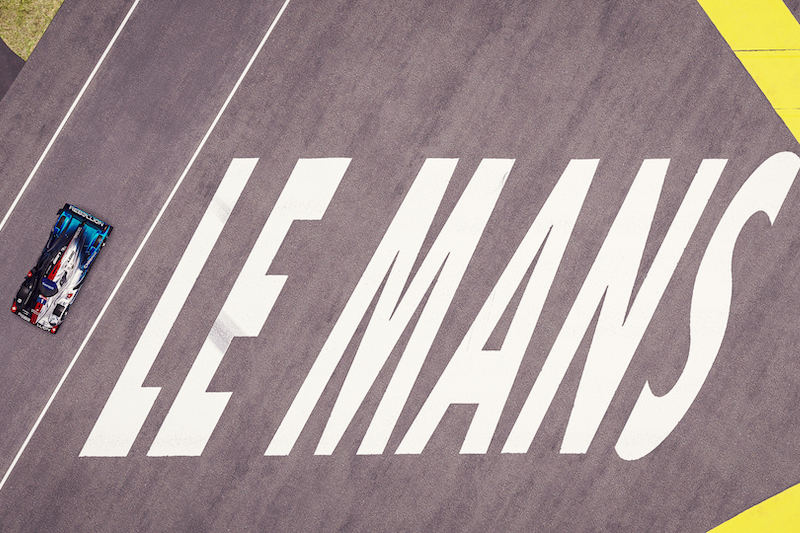 The inaugural Le Mans 24 Hours Virtual ran almost seamlessly, with Rebellion Williams Esports taking the overall victory. After dominating in qualifying, Porsche held onto their competitive edge to secure victory in the GTE class, with Nick Tandy becoming the only driver to have taken a virtual and real victory at the 24 Hours of Le Mans.

The pole-sitting ByKolles Burst Esports was looking to be the favourite to take the win at the start of the race, with a strong performance by the team in qualifying. Unfortunately for them, it all unravelled as the lights turned green with starter Tom Dillmann jumping the start. He was given a drive-through penalty that pushed them down to P17 with a lot of work to do. It was a stellar drive through the field from the team of Dillmann, Esteban Guerrieri, Jesper Pedersen and Jernej Simoncic, who finished second after also suffering a rig failure that saw the car drive into the barrier at Corvette Corner with 17 hours to go.

It was a close fight at the end of the race, with Pedersen putting the pressure on the Rebellion Williams duo that had comfortably been holding and one-two lockout. His pace was superior to both cars, and he reeled in the then second-placed #13 Rebellion Williams, driven by Jack Aitken, Agustin Canapino, Marc Gassner and Michael Romanidis, to split the duo on the podium.

Nikodem Wisniewski, piloting the leading #14 Rebellion Williams in the final stages of the race, had done enough to have the gap too big for Pedersen to close, gifting overall victory to the foursome of Wisniewski, Kuba Brzezinski, Louis Deletraz and Raffaele Marciello, even with Wisniewski fuel saving through the final hour to avoid an additional pit stop.

After their dominance in qualifying, the BoP was reassessed for the GTE field to bring Porsche back in contention with the other manufacturers. Despite this, Porsche always seemed to be the cars to beat, with their dedicated esports team drivers working well with the on-track pros they were sharing their cars with.

It was the #93 of Tandy, Ayhancan Guven, Tommy Ostgaard and Joshua Rogers who took class honours, finishing a lap up on second-placed Aston Martin Racing #95 of Nicki Thiim, Richard Westbrook, Lasse Sorensen and Manuel Biancolilla. Thiim had an electric start to the race which was extremely impressive considering his esports experience.

Porsche were looking at one point to be on track for a one-two-three-four as their four cars led the field, but connectivity issues put a stop to that. First struck with issues was the #91 in the hands of Formula-E drivers André Lotterer and Neel Jani, and sim racers Mitchell DeJong and Martti Pietilä. It suffered issues with a technical glitch in drivers changing during the pit stops. They managed to finish the race 12th in class.

It was a more painful technical issue for the #92 Porsche of Jaxon Evans, Matt Campbell, Mack Bakkum and Jeremy Bouteloup as theirs came with under two hours left on the clock. They fell from third to 11th after a disconnection issue momentarily took them out of the race.

Running on the rFactor 2 gaming system, the race ran fairly well considering 200 drivers from around the world were logged into the server. Only two 30 minute red flags interrupted the race due to game issues, one being for a glitch meaning that driver changes were not possible during pit stops and the other for a server issues. Both red flags gave opportunity to bring cars that had fallen out of the race a chance to be reinstated into the virtual Le Mans.

The first car to suffer issues was the FA/RB ALLINSPORTS car of Fernando Alonso and Rubens Barrichello. Alonso started in the car and had an incident with one of the Porsche GTEs trying to overtake through Tetre Rouge and drove both of them off the track. Race Directors handed the two-time Le Mans winner a drive-through penalty, but the timing of the delivery messed with the game.

In the game, penalties cannot be put off for three laps like they can in real racing, meaning that Alonso was forced to take the penalty as soon as he got it. It was given to him as he entered the pit lane, meaning that the game automatically put him on the drive-through rather than a normal pit stop. Because of this, Alonso was unable to stop for the fuel he had pitted for and ran out of fuel half way around the next lap. The regulations for the race stated that the cars would stop if they ran out of fuel and would not be able to be transported back to the pits, meaning within the first three hours, before his driving stint had even finished, Alonso’s car was out of the race.

Due to the running out of fuel partially being Race Direction’s fault, the car was brought back during the first red flag, about six hours into the race, enabling it to return to the grid. The car ended up finishing 17th, around eight laps off the leaders, but it did manage to fight back through all of the GTE cars to finish ahead of them.

The second all-star car to suffer this fate was the #20 Team Redline of Max Verstappen and Lando Norris. Verstappen was in the car, leading the race, when a screen freeze jolted him into the back of a GTE car and spinning him off the track, suffering heavy damage. He did decide to continue racing after the lengthy stop, but another spin at Porsche Curves saw the Dutchman decide to retire the car.

The second red flag with four and a half hours of racing left enabled the car to return to the track if they wanted to, and sim racer Atze Kerkhof got back behind the wheel to bring the car over the line for P25.

Pierre Gasly was the best finishing current Formula One driver, taking fifth overall with Formula-E double champion Jean-Eric Vergne and sim racers Jarno Opmeer and Isaac Gillissen. Charles Leclerc had been looking strong with his AF Corse Ferrari team, but technical issues for him during the night stint saw them also fall out of contention. In the end, Leclerc’s team of Antonio Giovinazzi and Scuderia Ferrari F1 Esports sim racers David Tonizza and Enzo Bonito had a trouble free second half to their race, and ended 18th in class, 46th overall, and 15 laps down on the GTE winners.