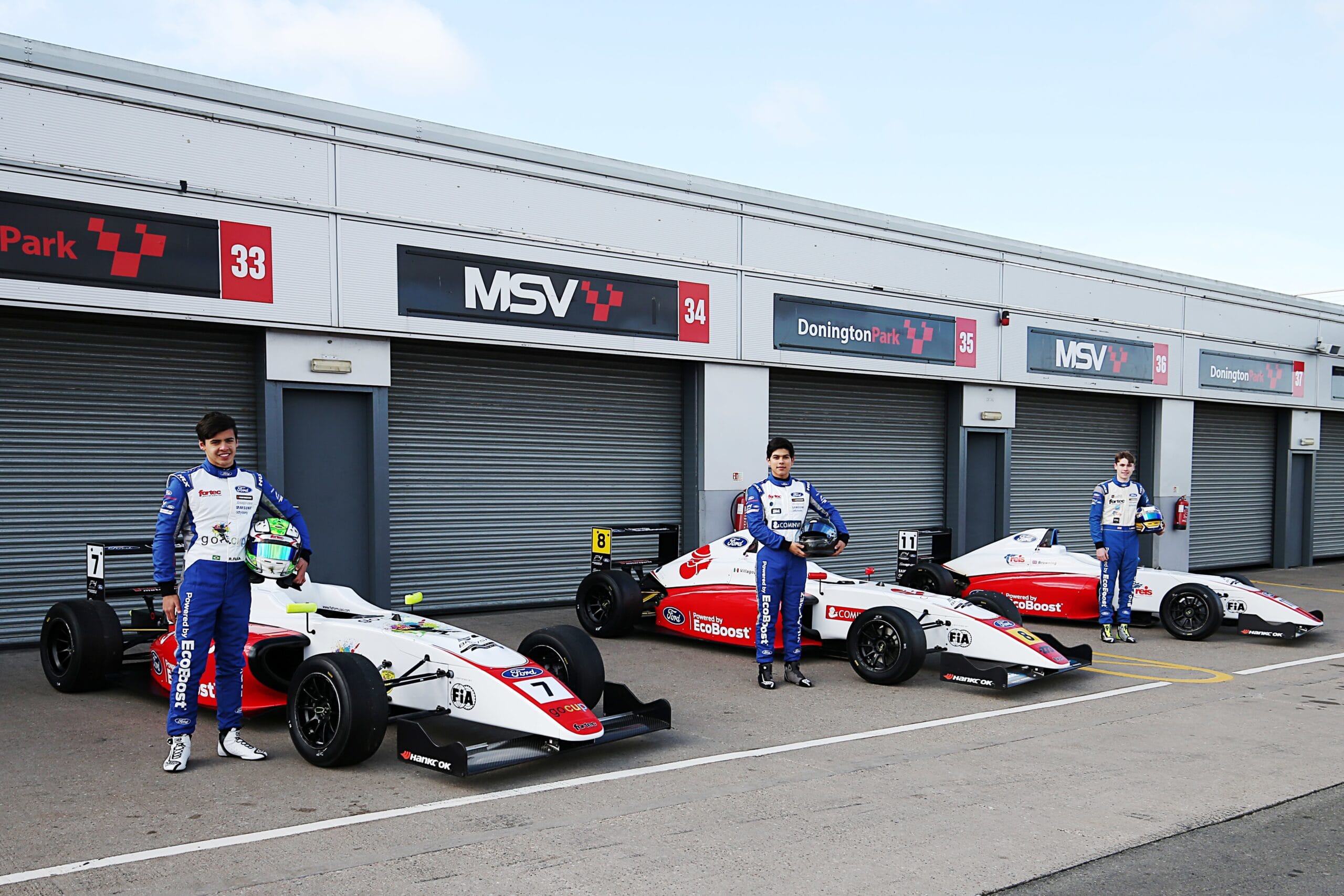 The only way is up for Fortec Motorsport in 2020 after a somewhat poor season by the team’s lofty standards. Finishing last in the team’s standings with a two car team for the majority of the year, and Roberto Faria’s fourth place at Silverstone being the best result of the season. Chris Lulham did join the outfit at Silverstone for a one-off showing, but now the team increase to a permanent three car team for 2020, with Roberto Faria being retained, with rookie Rafael Villagomez being brought in alongside Luke Browning.

The 18-year old will be looking for a title assault after a strong 2019 campaign with the solo car effort of Richardson Racing, scoring two wins and nine podiums, finishing sixth in the championship. And now, with a strong moisture of experience, youth and success, Fortec Motorsport will have high hopes of a serious title assault in both the drivers and team’s championship.

Being the only rookie with the Fortec camp, Mexican karting star Rafael Villagomez will be looking for a year of development and consistency among his more experienced peers thus season. After winning the second edition of the Richard Mille Young Talent Academy shootout back in December, the single seater rookie will be running a his British F4 campaign in tandem with some races in French F4, too.

“I have expectations to be the best placed rookie, and I’ve been learning a lot from my team mates which helps. Racing for Fortec brings pressure, but they’re a great team and they help me a lot and help with my improvement.

“I’ll be doing both the French and British F4 championship purely just to learn more. the chassis is the same, and more laps means more experience. There’s always pressure that comes with competing in two championships, but it’s a good pressure that helps you perform. Obviously I’ll have to learn each track so that’s the main challenge.

“My main hope is to go straight for podiums but we’ll see how it goes. And I’ve been doing plenty of testing at Snetterton, here [Donington Park] and Silverstone and I’m enjoying all of them except the weather, it’s not so good!” said Villagomez.

One of the favourites heading into this season’s British F4 season is Luke Browning. Coming off the back of a strong season for Richardson Racing, the 18-year old hopeful was left without a seat after the departure of the team from the series, but was quickly snapped by Fortec just days before the test session at Donington Park in the beginning of March, and will be looking for a strong title push in 2020.

During the off-season, Browning also competed in the inaugural British F4 iRacing Trophy and came second in the championship to Fortec team mate Chris Lulham after a series long battle for supremacy. Although it’s no replacement for the real thing, Browning would have taken heart from the his competitiveness and hunger as we approach a very important season in the career of one of the brightest young talents in British motorsport.

“The championship is the goal. I’ve got the team and car around me and support to go and do it, and I just can’t wait to get out there for the first round. There was multiple reasons for coming to Fortec. I spend three year any Richardson and developed a lot, but this seems like a natural progression and Fortec approached me with something that I believe I can go and win the champion ship with.

“There was so many offers on the table from multiple different championships, but we decided to stick with F4 and see if we can really master a series. I’ve settled in well so far, and I spent some time at the factory doing some sim work and the place is so professional. An absolutely brilliant bunch of guys and when I got in the car for testing it felt so well prepared, with no issues so far and everything running to schedule.

“Im focusing more on fitness now, too. People don’t realise how physical it is driving these cars, especially in the heat. And I’ve worked harder this year to improve in that area, as I was hanging on for dear life in some of the races last year!

“As for the competition on the grid, I haven’t had much go a chance to see what others are doing but I think it’ll be close within the team also. [Roberto] Faria is looking quick as well Casper [Stevenson] also looks quick. I fully expect plenty of competition this season.” explains Browning.

Faria looking for a step up in sophomore season with Fortec

Being the only returning driver in the Fortec stable for 2020, there will be a certain amount of pressure on the shoulders of young Brazilian, Roberto Faria. A solid campaign in 2019 with multiple top 5 finishes and some solid and consistent drives have warranted a second season with Fortec to truly build upon what he achieved last season. And with the arrival of the experienced Luke Browning and rookie Rafael Villagomez, Faria believes he has the ingredients to challenge for more frequent podiums and victories as the season progresses.

“I think this year I have more experience so I think it should be easier this year. I’ve learnt all the tracks from last year, and this teams I’m resisting them with a baseline point, so I can improve from there already.

“Continuing with Fortec felt like a natural step. I like the team, they’re very supportive and the feels great. and now is my second year so I will try my hardest to improve and perhaps fight for the championship this year.

“The off-season has been nice. Ive been studying with school but now I’ve been missing some days to continue with my testing with Fortec, and I’ve also been spending some days in the gym to get prepared. So now I’m feeling much more prepared mentally and physically than I was at this point last year.

“It’s nice to have Rafael [Villagomez] onboard, we can come together as a team and he can learn faster, especially with Luke [Browning] in the team, we now have added experience which helps a lot. At the end of the season last year, I found the limit easier and could find more time. Especially in the setup, I can experiment more and get more comfortable with the car.” explained Faria.