Latest
Red Bull Aim to Keep Momentum Going in the Barcelona Heat
Vandoorne on pole for final race of the season
McLaren F1 team expecting a challenging race in the Spanish heat
Haas ‘looking forward’ to assessing car progress in Barcelona
Renault and Ferrari to appeal Racing Point punishment after copying scandal
Pérez Back Behind the Wheel for Barcelona Weekend after Negative Coronavirus Test
Mercedes’ Toto Wolff: “The points are given out on Sunday and that’s when we struggled”
Ferrari’s Simone Resta: “This will not be an easy weekend for us”
PREVIEW: FIA European Rally Championship – Rally Liepāja: Lukyanuk Looking to Make it Two out...
OMSE Celebrate Arvika Success With Supercar and Supercar Lites Silverware
British RallycrossRallycross

Father and son to take on Suzuki Swift challenge in 2020 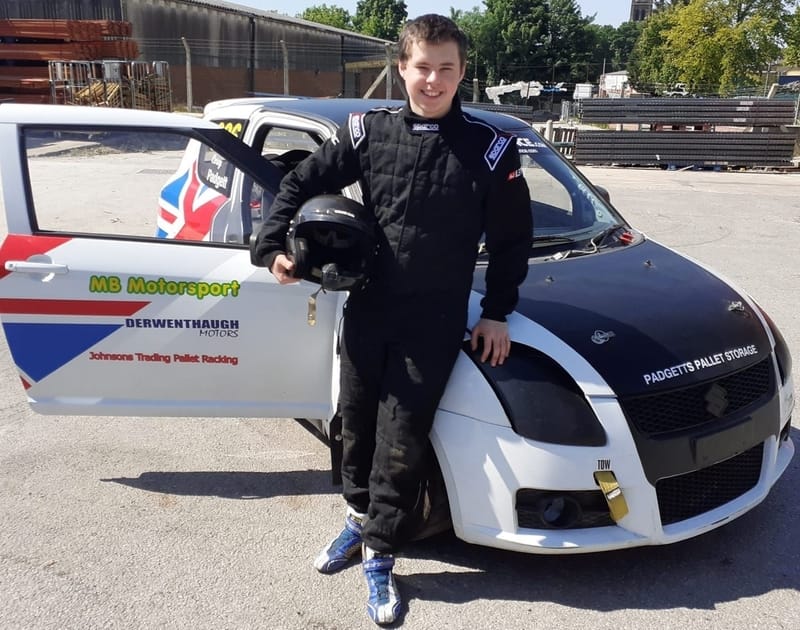 Corey Padgett has been competing in grass track racing for the past two years and now that he has reached the required minimum age of 14 years old, has just confirmed his participation in this year’s MSUK Junior Rallycross Championship, part of Motorsport UK British Rallycross Championship 5 Nations Trophy Presented by Cooper Tires.

Making his rallycross debut in the final Winterseries event at Lydden Hill Race Circuit in March 2020 with a Citreon C2 brought for him by his parents, Padgett experienced one of the downsides to motorsport, a mechanical fault. In this case, it was a clutch issue during his first qualifying heat but he did not let this dampen his enthusiasm and he went on to finish fifth.

“It was a great weekend at Lydden Hill, and I just can’t wait to go racing properly in 5 Nations BRX.” said Padgett. “I’ll still be doing grass track racing, and the BTRDA Championship to give me additional seat-time.”

His father Phil Chicken is more well known to rallycross fans as a competitor in the Super 1600 class with his Citreon C2. This car has now been converted to full rally specification as Chicken was due to retire from rallycross and concentrate on rallying.

That was before young Padgett managed to convince his dad into racing with him once again and now Chicken has decided to return to the sport and out of semi-retirement. He will be competing in the Swift Sport Rallycross Championship, at least for the 2020 season. We shall have to see if he continues into further years alongside his son.

“We bought Corey the Swift for Christmas as it was clear that’s where his ambitions lie. The C2 is all ready for rallying and I thought I’d have a go at a couple of rallies this year and then probably sell the car.” Stated Chicken. “But Corey was determined we should rallycross together and chose his moment well, after a bottle of wine, to convince me to do it! So, we did Lydden in March and I finished third, and actually now it’s given me the bug again to do 5 Nations BRX this year.”

The Swift Sport Rallycross Championship and MSUK British Junior Rallycross Championship will both compete over seven rounds in 2020, starting with a single header round at Lydden Hill over the Bank Holiday Weekend (30/31 August). This is followed by double-header rounds at Knockhill over the weekend of 26/27 September, Pembrey over the weekend of 17/18 October and finishing at Mondello Park in mid-November (14/15).

2016 BritishRX Promises To Be Truly Epic