Evjen Pleased With Testing Ahead of Euro RX Opener 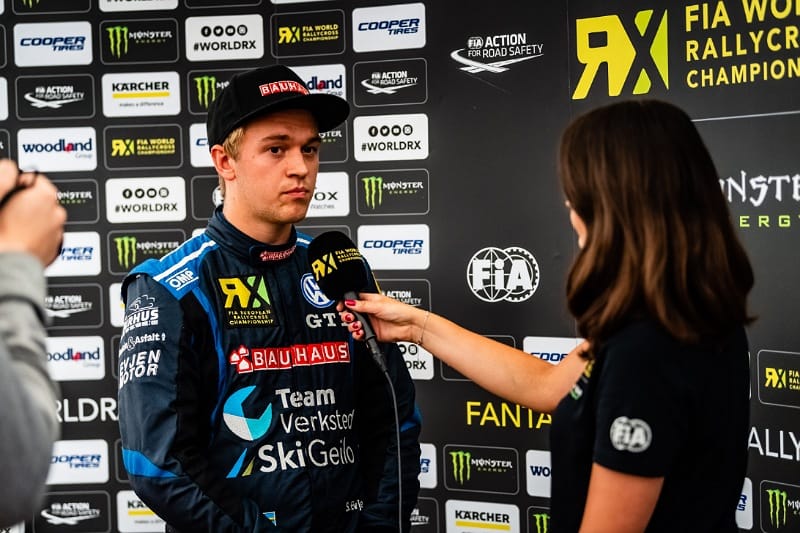 Sondre Evjen believes he is ready for this wekeend’s season opener in the FIA European Rallycross Championship as he prepares to enter a full season of action in a Kristoffersson Motorsport prepared Volkswagen Polo.

The 22-year-old finished seventh overall in the Euro RX championship standings last season, but the car he will be driving this season has seen some sizeable upgrades made by the Eklund Motorsport team with it now ready for action at Höljes.

“A perfect cooperation with the Eklund guys, and later completed with Ole Johan Rustad’s knowledge and Johan’s input.” Tommy Kristoffersson, Team Owner of the Kristoffersson Motorsport said about the upgrade.

Johan Kristoffersson, the double World RX champion has drove the car in three rounds of the 2020 RallyX Nordic season, winnin two of them – but will return to the World RX paddock in the former Volkswagen Motorsport factory Polo that he used to take his two championships with.

“The whole feeling about the car is different. The rear is working better and it’s more reliable in general.” Evjen said and continued to talk about the testing completed so far in 2020. “That was very important, more driving than during the whole year so far. The high level of the mechanics and engineers is crazy!“

“It will be interesting to see the development of Sondre now that we can present a better car for him. Last year we had very little time to prepare for the season. Now we are ready!” Tommy added.

The World RX of Sweden will take place this weekend as both the FIA World and FIA European Rallycross series’ finally get underway.