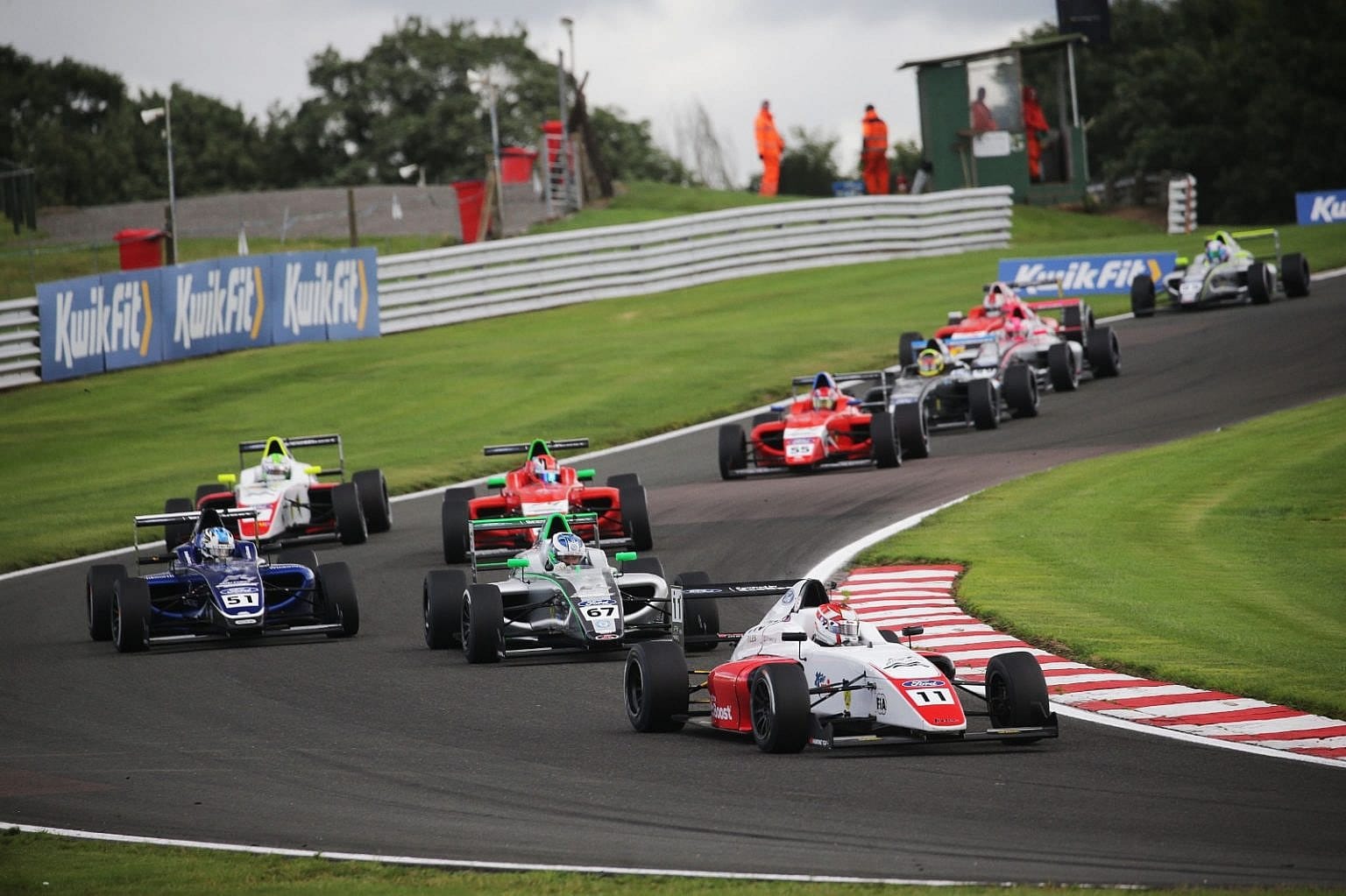 Heading into the third race weekend of the 2020 British F4 season at Oulton Park, some early contenders were beginning to emerge, with championship leader Zak O’Sullivan being chased by Fortec Motorsport’s Luke Browning and Arden Motorsport’s Alex Connor after the opening six races at Donington and Brands Hatch.

As for the race one start, it was James Hedley who lead away from pole after another impressive qualifying session saw the 2019 Ginetta Junior champion set the fastest time in mixed conditions. And the weather didn’t shift as the lights went out and the race got underway.

But after a lighting start, it was Browning that managed to get the holeshot from second on the grid to lead into turn one ahead of Hedley and O’Sullivan. And for well over half the race, Browning was able to keep Hedley and O’Sullivan at bay, in fact being able to create a strong two second buffer out front ahead of JHR Development’s James Hedley, who was falling into the clutches of O’Sullivan, Alex Connor, Roman Bilinksi and Argenti Motorsport’s Casper Stevenson.

Stevenson and O’Sullivan later managed to fight their way past Hedley to fill the remaining podium spots behind an ever distant Luke Browning, who was controlling the race out front in ever changing conditions, with Hedley now holding off the Arden trio of Connor, Bilinski and Frederick Lubin in what was becoming an ever wetter race as the rain began to fall more heavily. The drivers all started the race on slicks however, but all managed the conditions fantastically.

That was until Browning’s team mate, Roberto Faria, who was running in a handy fourth place, fell foul to the conditions in what was the only major incident of the race, demoting the Brazilian to the rear of the field after a promising start.

But as the 20 minutes wound down, it was Luke Browning that took his first win of 2020 to really set light to his title charge, with Carlin’s Zak O’Sullivan and championship leader taking second place ahead of a spirited Casper Stevenson in third place.

By Matt Jeffray
2 Mins read
Carlin’s Zak O’Sullivan scored his sixth British F4 victory of 2020 in race one at Croft to further close in on Luke Browning’s championship lead, who himself had a frustrating race down in sixth
F4 British Championship