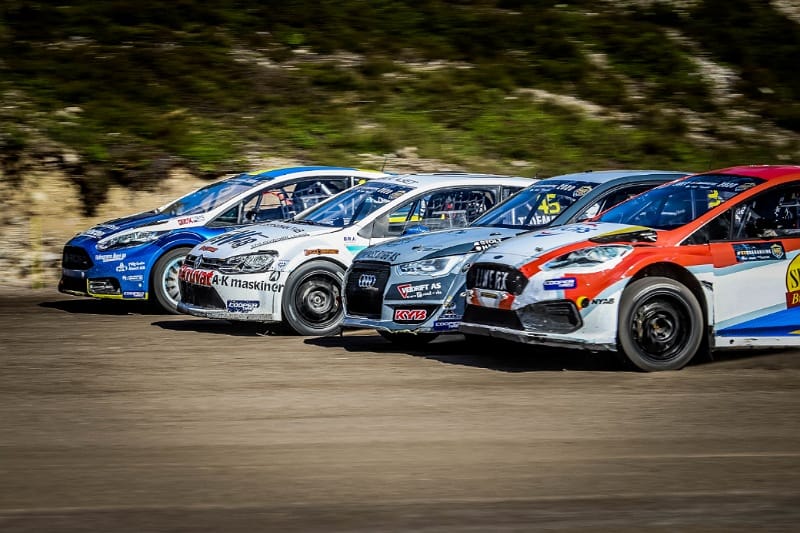 After the season-opening All-Star ‘Magic Weekend’ at Höljes earlier this month, the RallyX Nordic series will be returning to Arvika next weekend for round 3 together with the Swedish Rallycross Championship which will be called ‘Svenska Superfinalen’.

Arvika has always been a popular event on the RallyX Nordic calendar due to its elevation changes. Now the entry list for the event has been published with over 100 competitors from both series combined.

In the Supercar class, the double FIA World Rallycross Champion Johan Kristoffersson will be returning to his local track and will be hoping to follow up his win in round 2.

Rallycross veteran Peter Hedström, who runs the ever successful team Hedströms Motorsport, will make his return for the season as he will be driving one of the team’s Volkswagen Polo’s together with Lars Andersson, who switches from the team’s Ford Fiesta he used at the Magic Weekend.

Double RX2 International Series champion Oliver Eriksson is also one of the favorites to win the event, with the Olsbergs MSE Ford Fiesta driver joined by Jamaican Fraser McConnell in the second car. McConnell made his Supercar debut at Höljes, where he also reached the final in the second round.

Another RX2 driver is Anders Michalak, who will be returning for another go in the Supercar class – he will be driving an older spec Ford Fiesta for Olsbergs MSE.

Another well-known name that is keen to be back for more rallycross action is 74-year-old Per Eklund. He will be driving the flame spitting Volkswagen Beetle for #MKIVRX, joining Dan Öberg in the same team but he’ll be driving an older Volkswagen Scirocco.

In the Supercar Lites class, Simon Olofsson and Jesse Kallio – who both won a round each at Höljes, are headlining the 13-strong entrants.

Other driver that could possible take a win is Kallio’s team-mate Linus Östlund, who currently sits third in the championship standings. #YellowSquad’s Henrik Krogstad and the ‘elderman’ Mats Oskarsson are also two drivers to watch out for.

Lars Erik Haug will be returning to the series after he missed the first weekend due to the restrictions of COVID-19.

Nathalie Petersson also appears on the entry list, although she had lost one of her main sponsors for the weekend but she is working hard to get the funding together so she can compete.

Picking a favourite for the CrossCar/Crosskart class will not be easy. Headlining the entrants is World RX driver Kevin Hansen, who will be making his return with his dad’s team LifeLive Nordic.

Both of the Höljes winners, Max Rundberg and Oskar Andersson, are returning for the weekend together with Isak Reiersen, who is also one of the drivers that could be set for a strong result in the class.

Beside the 51 RallyX Nordic entrants, there will be a total of 70 Swedish Rallycross Championship drivers in the 2400, Supernational, RM 2150 and Junior SM classes, as the SM Finals join the bill for what looks sure to be the biggest rallycross event ever held in Sweden.

The event can be viewed via livestreams across the weekend as the current restrictions don’t allow spectators at the track, with NEP also broadcasting the RallyX Nordic series while SBF Play will be showing the SM classes.

The finals on Sunday can also be followed live for three hours on TV on the SVT channel. All the livestream options, except SVT, will be available world-wide.

Krogstad Heads to Arvika Hopeful Of a Win

Höljes and Olsbergs MSE to host a ‘real’ race with Supercar Lites...

Olofsson back for another year in RallyX Nordic

Steinsholt is prepared for better results in Super1600