Baumanis to Race in Projekt E in Latvia 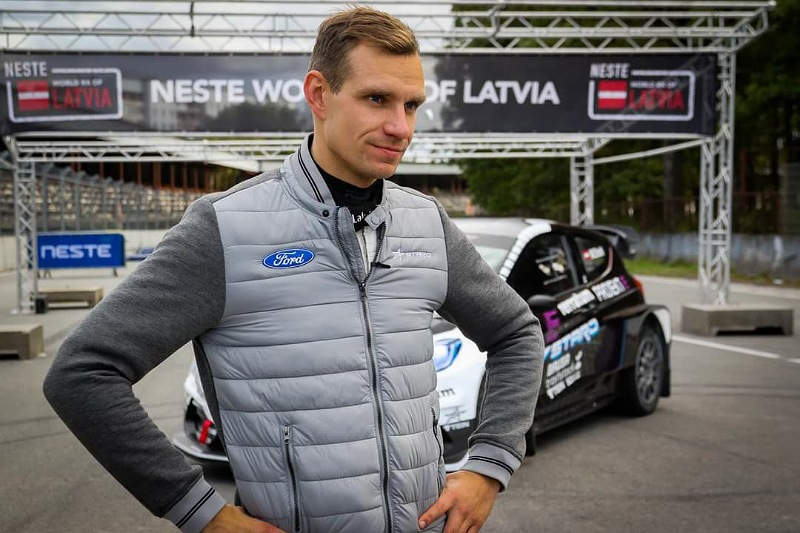 Baumanis is a former driver for STARD in World RX will be teaming up with them once again as he will be entering in a STARD developed Ford Fiesta ERX. The team is the founder of Projekt E, which is the first-ever electric rallycross series.

The Latvian driver is a former FIA European Rallycross Championship for Super 1600 champion and since then has been a regular in World RX, with his best season taking place last season where he finished twice on the podium in both Norway and Canada.

For 2020 Baumanis was set to join KYB Team JC in World RX alongside Robin Larsson in the second Audi S1, but due to the ongoing COVID-19 pandemic causing issues with potential sponsors, he hasn’t been able to race so far and has been replaced by 2016 World RX champion Mattias Ekström.

“I’m very thankful to Ferratum and STARD for trusting me with the Fiesta ERX for the race in Riga. STARD has developed the car a lot from when I was driving it in Riga one year ago, I’m sure there are a lot of things that have been improved and I can’t wait to get into it.” Baumanis said.

“Obviously it’s a bit sad that I can’t do the full World RX Championship in Supercar like it was planned, but that’s life and hopefully everybody understands the situation that’s happening in the world right now is not the easiest for anyone, but I’m really looking forward to do the Projekt E race in Riga.”

Jarmo Jokela, CEO and founder of Ferratum added on the news: “I feel that World RX racing is a great match with important values that are part of Ferratum’s DNA.”

“It reflects much of our current FinTech transformation into a fully digital modern bank, providing our customers with financial advice and a variety of tailored financial solutions in real time. Commitment to a sustainable future is part of our Nordic FinTech roots, so we are very proud to drive that innovation with Janis Baumanis and STARD at World RX events with the electric car,”

Baumanis will be facing Cyril Raymond who yesterday announced he will be debuting the all-new Citroën C3 ERX at Riga, with more drivers set to be announced in the class ahead of next weekend.