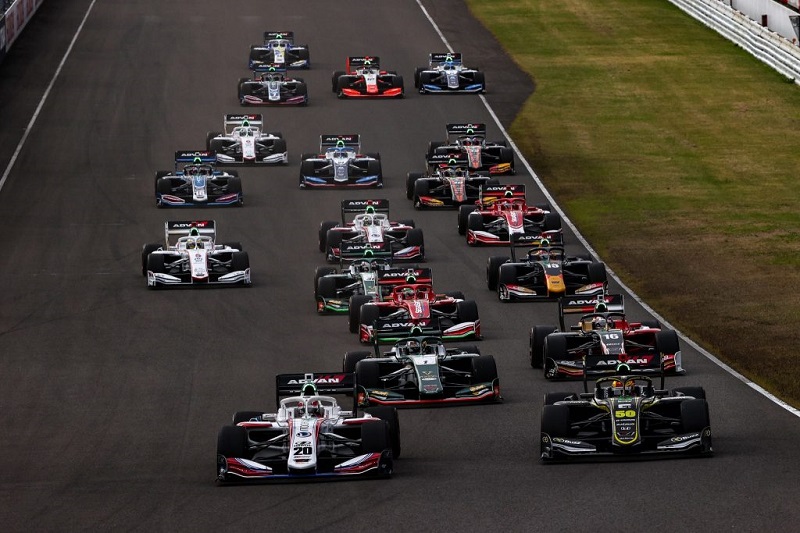 Defending Super Formula champion Nick Cassidy took his first victory of the 2020 season on Sunday at Sportsland SUGO to bring himself firmly into contention for the title.

The New Zealander, racing for Vantelin Team TOM’S, was made to work hard for the victory after running fourth in the early laps, with passes on both Naoki Yamamoto and Ryō Hirakawa propelling him into the lead he wouldn’t lose until the chequered flag.

More Changes on the Grid as Sette Câmara Finally Debuts

After missing the last round at the Okayama International Circuit due to racing in the 24 Hours of Le Mans, Kazuki Nakajima, Kenta Yamashita and Kamui Kobayashi were back on the grid for Sugo for Vantelin Team TOM’S, Kondō Racing and carrozzeria Team KCMG respectively.

Tatiana Calderón was still absent so her place at Drago Corse with ThreeBond continued to be filled by Koudai Tsukakoshi. However, the positive news came at Buzz Racing with B-Max, with Sérgio Sette Câmara finally making his first appearance of the season after missing the first two races.  The second car of Charles Milesi was still missing, but the hope is for the Frenchman to join the grid in the very near future.

After causing two red flags during practice, Sette Câmara came into Qualifying not expected to set the world alight, but the young Brazilian shocked everyone by taking pole position – not bad for a debutant!

Sette Câmara was almost eliminated in Q1 but was given a reprieve when TCS Nakajima Racing’s Toshiki Oyu crashed at SP corner and had his best time deleted as a result.  In Q2, Sette Câmara managed to set the fourth fastest time before taking top spot in the top eight shootout to take pole position.

Yuki Sekiguchi was the first of those to miss out in Q2 and started ninth ahead of DoCoMo Team Dandelion Racing’s Naoki Yamamoto.  Okayama race winner Sho Tsuboi could only manage thirteenth on the grid at Sugo, while Oyu’s crash ensured he started nineteenth and last, behind former Formula 1 racer Kobayashi.

Cassidy Defeats Yamamoto and Hirakawa as Sette Câmara Crashes Out

Hirakawa made the jump into the lead at the start as Sette Câmara dropped to second, although the Brazilian was able to keep Yamamoto and Cassidy behind him.  However, for the second race running, Fenestraz was out on lap one after being collected from behind by Nakajima.

Nakajima was forced to pit for a new front wing and was later handed a drive-through penalty for the incident, and he ultimately ended a lapped fifteenth at the chequered flag.

Sette Câmara dropped behind Yamamoto on lap eighteen at turn one, with Cassidy then passing the Brazilian at Horseback corner on the same lap.  Sette Câmara then pitted but was caught out by cold tyres on his outlap as he crashed out at turn four to bring out the safety car.

The leaders all pitted and when the safety car went back into the pits on lap twenty-eight, Hirakawa led from Yamamoto and Cassidy.  Cassidy was on the man on the move as he quickly passed Yamamoto for second on lap twenty-nine at turn one, and two laps later he repeated the move on Hirakawa to take the lead.

Cassidy then maintained his advantage at the front of the field to take the victory, with Hirakawa continuing his fine start to the season in second ahead of Yamamoto, who took his first podium finish of the season.

Team Mugen’s Nojiri had a quiet race to fourth, more than twenty seconds behind Cassidy, while Yuji Kunimoto took fifth from fourteenth on the grid for carrozzeria Team KCMG after taking advantage of the safety car period.

Likewise, those who finished sixth through to ninth all pitted under the safety car and were able to jump ahead of those who pitted prior to its deployment, with Yamashita ending sixth ahead of Nakajima Racing’s Tadasuke Makino and JMS P.mu/cerumo – INGING duo Hiroaki Ishiura and Kazuya Oshima.

The final point went the way of DoCoMo Team Dandelion Racing’s Nirei Fukuzumi after the former FIA Formula 3 racer passed Sekiguchi after both had pitted prior to the safety car.

Hirakawa has fifty-one points after the first three races of the season, fifteen points ahead of Cassidy, while Yamashita and Ishiura are tied on twenty-one points in third.

The Super Formula season continues at Autopolis for round four on 15 November.

By Paul Hensby
4 Mins read
Tomoki Nojiri made it four different winners in the opening four races of the 2020 Super Formula season after being victorious at Autopolis.
Super Formula

By Paul Hensby
4 Mins read
A number of different pit strategies played out at Okayama, but it was Sho Tsuboi who took his maiden Super Formula victory in just his ninth race in the category.