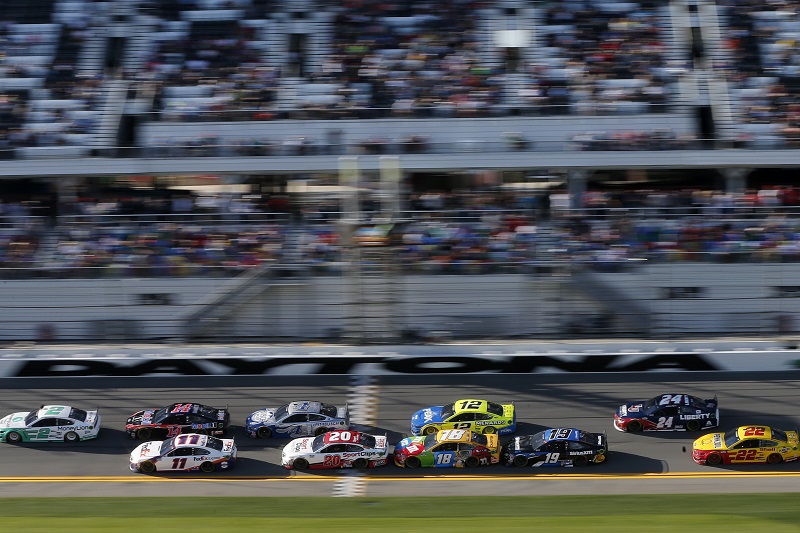 The 2021 Busch Clash will have drivers on a different but also modestly familiar circuit: the Daytona International Speedway road course. Twenty-four drivers are eligible for the exhibition event, with NASCAR announcing eligibility criteria on Tuesday.

“The excitement by both the drivers and our fans leading up to the 2021 Busch Clash At DAYTONA is unprecedented,” track president Chip Wile stated. “NASCAR’s initial visit to the DAYTONA Road Course in August delivered big time, with incredible competition, adding to the legacy of the famed road course made famous with sports cars and motorcycles.

“Having the Busch Clash At DAYTONA on Tuesday night also adds to the anticipation of an action-packed Speedweeks calendar. With the talent level in the field, the race will now clearly have its own look and feel during DAYTONA Speedweeks Presented By AdventHealth in 2021 and beyond.”

Although the road course will not be used for points races in 2021, the layout was introduced in August 2020 as a replacement date for lost events to COVID-19. However, the Clash had already been planning to use it before that weekend.

For 2021, the Clash will continue to feature mainly drivers who won a pole the previous year. However, COVID-19 eliminated nearly every qualifying session in 2020 (the Coca-Cola 600 in May was the lone Cup Series race post-season resumption to feature qualifying), with NASCAR instead setting starting grids by random draw before eventually creating a formula based on certain variables like standing and finish in the previous race. As such, the 2021 race will also allow former Clash winners and Daytona 500 winners and pole sitters who ran the full 2020 season. 2020 playoff drivers, race winners, and stage winners are also eligible.

Most of the criteria like former Daytona 500 winners (race and pole) and playoff drivers were used in previous years, but the inclusion of stage- and other race-winning drivers is new. The latter is commonly performed for the All-Star Race, which is moving to Texas Motor Speedway for 2021.

While some drivers are eligible, it does not necessarily mean they will run the race. Ty Dillon (stage win), Clint Bowyer (playoffs and pole), and Jimmie Johnson and Matt Kenseth (former 500 and Clash winners) meet the criteria, but do not have rides lined up (Dillon’s team Germain Racing folded after 2020, while Kenseth was an interim driver whose seat at Chip Ganassi Racing has since been filled) or has no intention of racing again (Bowyer is moving to the commentary side with Fox, while Johnson is heading to IndyCar). Of course, if they wish to run and have an available seat for a one-off, they can do so.

The race will take place on Tuesday, 9 February at night. While the NASCAR national series’ Daytona road course rounds were held in the day, the ARCA Menards Series‘ race that weekend was a night event.