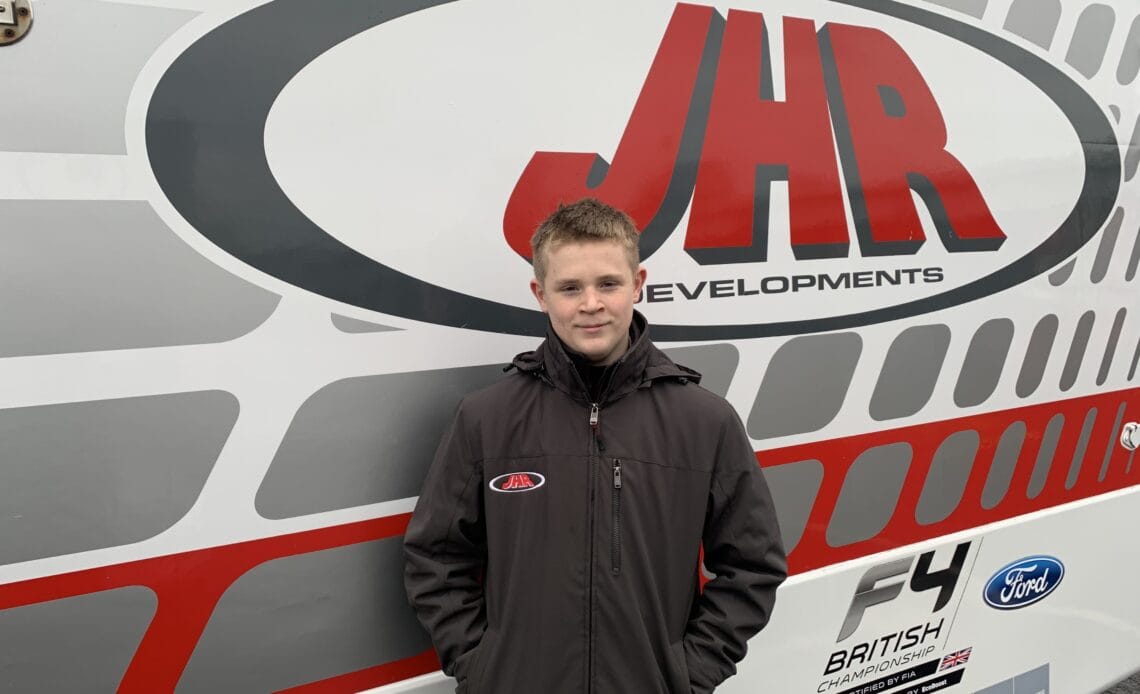 JHR Developments has announced highly-rated Welsh karting graduate Matthew Rees as the next member of its 2021 F4 British Championship certified by FIA – powered by Ford EcoBoost line up.

Prior to taking a break from racing in 2019 due to a family illness, Rees had varying successes in IAME Cadets between 2013 and 2017, thus graduating to OK Junior before putting his progression on hold.

Running in this season’s British F4 campaign with the backing of Ecom GT, GJR Holdings and Cool Performance, the 15-year old from Cardiff reconvened on his junior formula assault in the middle of last year, using JHR Developments’ state-of-the-art simulator to familiarise himself with the task ahead before hitting the track for real.

Since then, Rees has gone on to test F4 machinery at multiple venues across the country in a bid to be best prepared for the upcoming 2021 campaign.

“I am really looking forward to getting out on track with JHR Developments this season. It is very different from karting with the tyres and aero, but I think it has been going well and it is a style of driving that I am getting used to. I have also been using the JHR sim as it is useful to help improve and learn the tracks we are heading to.” said Rees.

“Thruxton, where we start the season, is an easy circuit to learn but hard to master so I am really looking forward to getting out there and seeing what I can do. JHR has some great results there recently with lots of wins so I hope that can continue this year as well.”

JHR’s Team Principal, Steven Hunter, stated his happiness in welcoming Matthew Rees into the team and believes the Welsh teenager will definitely be ‘one to watch’ when the season finally gets underway in the first week of May at the high speed Thruxton circuit.

“We are really happy to welcome Matthew to the team officially, after spending lots of time with him over the past 12 months as he tests and gets himself used to F4 machinery. He showed speed in karting and was definitely one to watch, and so far, we are really pleased with how he is adapting to single seaters.

“JHR Developments has long been a supporter of young talent and helped to bring it through and we are looking forward to doing the same with Matthew this year. He has a good team of people around him and is eager to get out there and show everyone what he can do.” said Hunter.