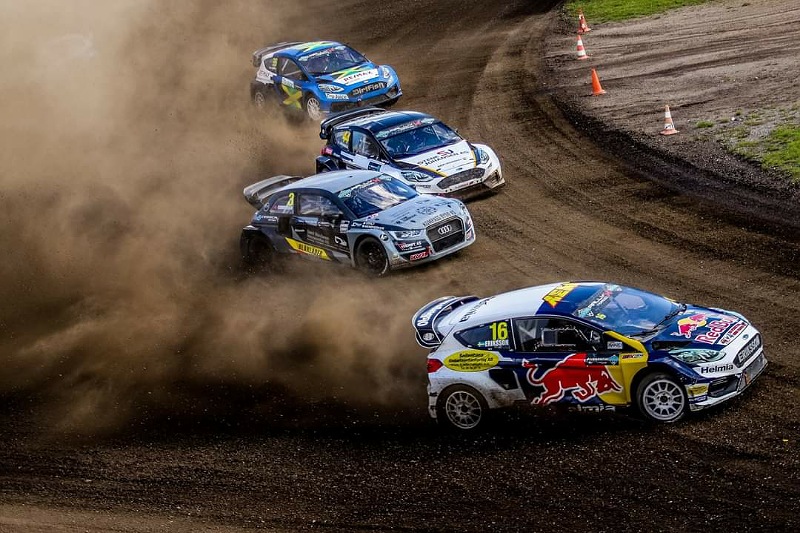 The RallyX Nordic series have announced they will be introducing an all-new bio racing fuel for the upcoming season, with aims of reducing the environmental footprint and of being 100% fossil-free by 2022 with the sustainably-produced fuel by their supplier P1 Racing Fuels.

Global climate crisis have been one of the hotter topics around the world over the past decade and many more motorsport disciplines are now working hard to get more environmentally friendly, some are introducing all-electric formats and some are introducing new fuels, which in this case RallyX Nordic have done.

“At RallyX Nordic, we’ve always tried to stay ahead of the curve, and we are hugely proud to confirm the introduction of this sustainably-produced, high-performance biofuel in conjunction with P1 Racing Fuels. A huge amount of development and refinement has gone into getting this new fuel ready to race, and we are delighted that it can be rolled out in time for the start of the coming season,” Jan-Erik Steen, CEO of RallyX Nordic Promoter, RX Promotion, said.

Together with the racing fuel market leader P1, a company that have worked closely up with the series´organisers and the international motorsport governing body FIA to create a new sustainable fuel since 2018 and followed up by a lot of development and safety testing, the all-new P1 Racing BIO RACING 100% fuel has now been approved for use in all classes of the series.

“Whilst we have only made BIO RACING 100% mandatory in one class for the moment, we are very confident that the performance gains are such that all competitors will soon elect to use it. This is just the first step in a longer-term plan that will see all RallyX Nordic cars running on fossil-free biofuel and – ultimately – an entirely fossil-free paddock.”

The fuel is also aimed to be increasing the performance of the cars beside reducing the environmental footprint, the fuel will first-off being used by the Supercar Lites category this season and later in 2022 it will be introduced for the rest of the classes.

“Here at P1, we are passionate about working towards a more sustainable future for motorsport and have been focussing for some time on developing a completely fossil-free racing fuel for use in competitive environments,” Martin Popilka, Chief Executive Officer, P1 Racing Fuels, added.

“There is a stigma around biofuels that they don’t perform as well as fossil fuels, but the data proves that is completely untrue. What we have produced for RallyX Nordic is the world’s first fully renewable fuel that doesn’t feature any fossil-based components, without having to make any sacrifices on the performance front – indeed, recent dyno testing has shown that BIO RACING 100% actually generates more power, making it a win-win for everybody.”

By Pontus Lindroos
2 Mins read
Enzo Ide has revealed the first of his plans for the upcoming rallycross season as he joins EKS JC for a campaign in RallyX Nordic´s Supercar class.
RallyX Nordic

By Pontus Lindroos
3 Mins read
Simon Olofssson and Lane Vacala have teamed up once again in the STS RX outfit, this time for a campaign in the RallyX Nordic´s Supercar Lites class.
RallyX Nordic

Bendixen on His RallyX Return: "Höljes certainly wasn’t the easiest of weekends to begin my CrossCar/Crosskart career"

By Pontus Lindroos
3 Mins read
After being away from the rallycross scene for ten years, Andre Bendixen´s return last season wasn´t what he has hoped for, but now over the winter he has improved his crosskart and will be back for a full-season campaign this year!