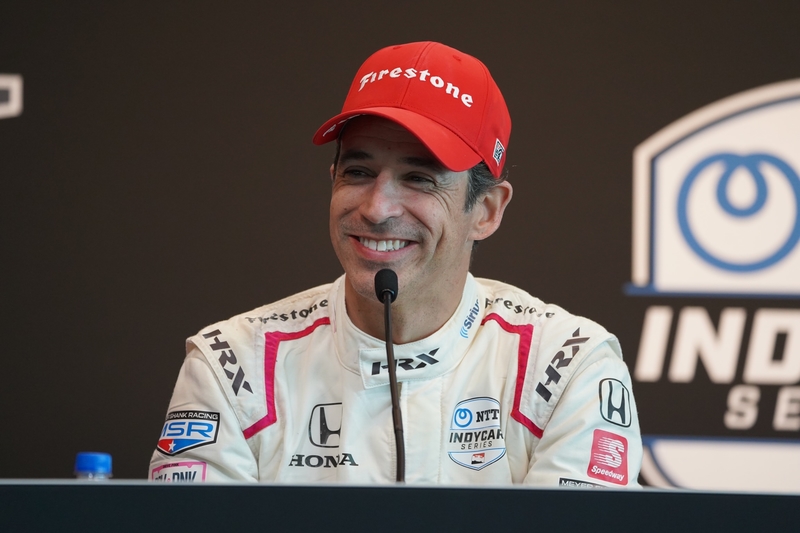 Hélio Castroneves will not only get a shot at a record-breaking fifth Indianapolis 500 win in 2022, but he will have another chance to chase an NTT IndyCar Series championship. On Thursday, Meyer Shank Racing announced the defending Indy 500 winner will run the full 2022 season in the #06 Honda, making it his first full-time campaign since 2017. Meanwhile, Jack Harvey will depart the team which leaves the #60 without a 2022 driver at the moment.

From 2002 to 2017, Castroneves was a regular on the IndyCar circuit for Team Penske, with whom he won three Indy 500s and finished runner-up in points on four occasions. His final full season saw him place fourth in the standings with one win. Over the next four years, he shifted his focus to IMSA—where he won the 2020 DPi class championship and 2021 Rolex 24 Hours of Daytona overall—but sporadically continued his IndyCar involvement at Indianapolis. His 500 victory in May, which marked MSR’s first IndyCar triumph, tied him with A.J. Foyt, Rick Mears, and Al Unser for the most in the race’s history at four.

For the past two months, his racing action has come in the upstart Superstar Racing Experience, where he finished fifth in points with a podium at Eldora and two heat wins.

“I am thrilled to get the chance to go for a fifth Indianapolis 500 win, and so excited to fight for the IndyCar championship again with a full season of races next year with Meyer Shank Racing,” said Castroneves. “Mike (Shank) and Jim (Meyer) have developed some incredible sponsorships with AutoNation and SiriusXM, and having that support is critical.

“I have been missing racing in IndyCar full time so much, I cannot wait to get a head start on next year with some strong races to finish this season.”

Harvey is currently in his second season with MSR. He sits fourteenth in points with a best finish of fourth at St. Petersburg.

A reason for his departure was not given by him or the team, though RACER magazine reported the two parties were nearing a contract extension prior to the news. While his 2022 plans are unknown, the magazine singled out Rahal Letterman Lanigan Racing as a likely landing site.

“It’s a certainty in life that things will change and I am incredibly thankful for my time at Meyer Shank Racing,” began a written statement from Harvey. “There is no doubt, I would not be where I am today without their support.

“I will never stop being proud of the work we’ve done together in building this team from the ‘the little team that could’ into a weekly contender and, ultimately, an Indianapolis 500 winner. The progress made by the team over the past 5 years is a testament to the commitment and class of people within the organization.

“Mike Shank is a true racer and I could not have asked for a better mentor to help me in navigating the waters of INDYCAR early in my career. We’ve learned together, supported each other, celebrated together, and the progress I’ve made has been elevated by his guidance.

“I’m a true believer that everything happens for a reason and a chance encounter with Jim Meyer at a dinner party lead to one of the most authentic relationships I have in motorsports. Jim’s impact was felt from the moment he joined the team and you’d be challenged to find a person more passionate about racing in the paddock. Jim’s commitment to improving the team, growing our partnerships, and his never-ending support made even the toughest days seem better. You knew something great was just around the corner because Jim believed it.

“Adam Rovazzini (crew chief) and the entire crew at Meyer Shank Racing are the true legends of this team. Their friendship, effort, work, and sacrifice are what drove the progress of this young group. I’m incredibly thankful for everything they’ve done for me and I’ll always be cheering for them.”Partnerships are what makes this sport work and none of this would have been possible without the support of Autonation, SiriusXM, Cometic, Honda, the Kennedy family and many others. Marc, Roxi and the team at Autonation have been with us since day One. Their belief in my ability to compete has contributed immensely to my confidence and ultimately our team’s success on track. I’m so thankful for your support and guidance and I’m pleased that we’ll be able to continue our relationship well into the future.

“We’re often faced with difficult decisions in our lives, and this one was no exception, but there are many opportunities on the road ahead and I’m eager to share my long-term plans soon. For now, I’ll remain focused on my performance each week. I’m hungrier than ever to get my first INDYCAR win and the team at Meyer Shank Racing has proven that it’s possible.”

By Griffin Schmoyer
5 Mins read
Mixed conditions meant chaos in the GMR Grand Prix, but also provided some rookies with career-best finishes. Let’s see how it all went down in this week’s Rookie Report.
IndyCar

By Griffin Schmoyer
2 Mins read
Scott Dixon and Takuma Sato lead the way on the first day of practice,leading up to the 106th running of the Indianapolis 500.
IndyCar

By Griffin Schmoyer
6 Mins read
Colton Herta navigated the chaos on-track and with the weather en route to his first win at the GMR Grand Prix, the first full-wet IndyCar race since 2019.