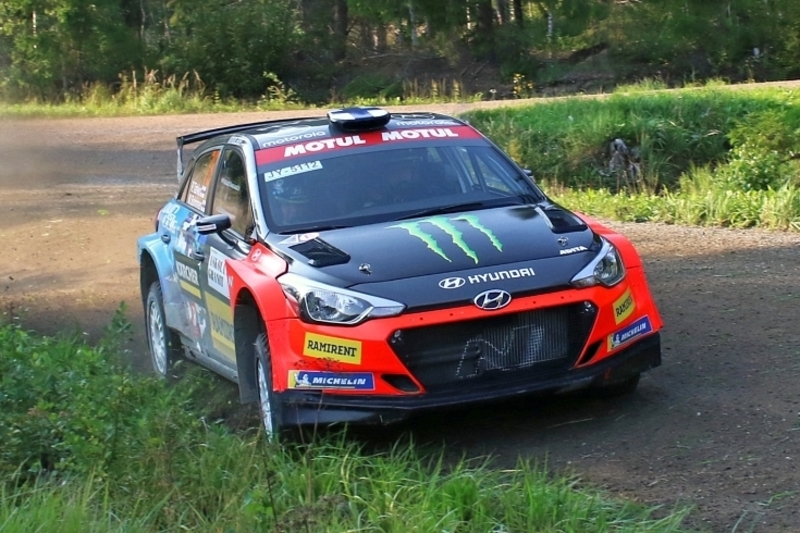 For the Rally Finland round of the 2021 FIA World Rally Championship this weekend, there are a total of seven local drivers that are looking to take home the win in the WRC3 class as the current title protagonists Yohan Rossel and Kajetan Kajetanowicz both missing from the entry list.

Mikko Heikkilä has entered with a Skoda Fabia Rally2 Evo is one of the leading names that are joining the field for the gravel grand prix; at Arctic Rally Finland earlier this year he took a podium finish and followed up with one more at Rally Estonia but now he is looking strong to take a step-up on the podium.

Emil Lindholm, son of the former WRC driver Sebastian Lindholm who is currently fifth in the WRC3 standings, managed to secure his first-ever Finnish Rally Championship title last weekend at the SM KokUA 60-v Juhlaralli and he will also be one of the drivers to watch out for, he is entered in one the TGS Worldwide´s Skoda Fabia Rally2 Evo.

The 2018 class winner Eerik Pietarinen will debut his new Volkswagen Polo GTI R5 at the rally after switching away from the Skoda he previously used.

Riku Tahko, the former FIA European Rallycross Championship regular, made his step back in to rally from rallycross about two years ago and he is the sole Finn driving a Hyundai i20 R5.

Other Finnish drivers entered in the class is the 2021 FIA World Junior Rally Championship title challenger Lauri Joona in a Printsport backed Skoda Fabia R5, Juuso Metsälä and Jari Huuhka are also entered in a Skoda Fabia R5 each.

Rounding up the list is the Czech driver Martin Vlcek in a Hyundai i20 R5 and Brazilian´s Paulo Nobre in a Skoda Fabia R5.

By Nick Turner
5 Mins read
Elfyn Evans secured his first win of the season as a composed drive saw him triumph as his rivals faltered.
FIA World Rally ChampionshipJunior WRCWRC2WRC3

By Nick Turner
5 Mins read
Elfyn Evans holds the overnight lead going into the final day of Rally Portugal after Ott Tanak retired from the lead.