Both Trackspeed Porsche 997 GT3R's took the first two places in race one of the Avon Tyres British GT championships at Brands Hatch with Championship leader David Ashburn and Glynn Geddie topping the podium.

The Chad Racing Ferrari of Archie Hamilton and Ryan Lewis was unfortunately not able to line up on the grid after the damage sustained after Hamilton's off at Paddock in qualifying was too much to repair. To add spice to the race, both of the Trackspeed Porsches and the Ascari of the Jones twins didn't make it out to the grid in the allotted time meaning all three would start from the back. This also meant the Beechdean Aston Martin of Leo Machitski and Andrew Howard was now effectively on pole.

It was Howard who lead in the opening laps but it wasn't long before the safety car was deployed thanks to a collision between the Hector Lester Ferrari and the Chris Hyman and Dan Brown Chad Racing Ferrari at Clarke Curve. At the back, the Ascari and Porsches were making light work of the G4 Class and were hunting down the lead cars.

By the time the Beechdean Aston Martin came in for its pit stop the Ascari had taken the lead. However this was only to last for nine laps when a suspension problem caused the retirement of the Jones bothers. This left Glynn Geddie to take the lead after taking over from Ashburn in fourth place at their pit stop and picking off the drivers ahead of him. The final Chad Racing Ferrari of Paul Warren and Tom Ferrier were looking good in second place until they were handed a stop go penalty for an infringement during the driver change. Luck clearly wasn't on the side of the Chad Racing team as whilst their final Ferrari came in to serve their penalty a hole in the radiator was spotted and that was the end of their race.

Another car to suffer a stop go penalty was the Ferrari of Phil Burton and Adam Wilcox dropping them from second place to fourth. This was to be their finishing position ahead of the Howard and Machitski Aston Martin who managed to grab fifth thanks to mechanical problems in the Mtech Ferrari of Duncan Cameron and Matt Griffin left them limping to the line for sixth place.

Geddie took the flag just ahead of Richard Westbrook in the second Trackspeed car who was partnered by Philip Walker whilst rounding out the podium positions was the Barwell Aston Martin DBRS9 of Paul Whight and Michael Bentwood.

Meanwhile in the G4 Class it was the GT new boys Daniel Lloyd and Julian Draper in the Barwell Ginetta G50 who took the early lead up to the driver changes thanks to a super drive from Lloyd. After the changes they started to drop down the order as Jamie Stanley and Christian Dick in their G50 and the Century Motorsport Ginetta of the Hetheringtons, Benjie and Freddie had passed them. The Stanley and Dick Ginetta was another car to be slapped with a stop go penalty dropping them to second place and gifting the Hetheringtons the lead which they duly converted into a win ahead of the Barwell Ginetta in third. 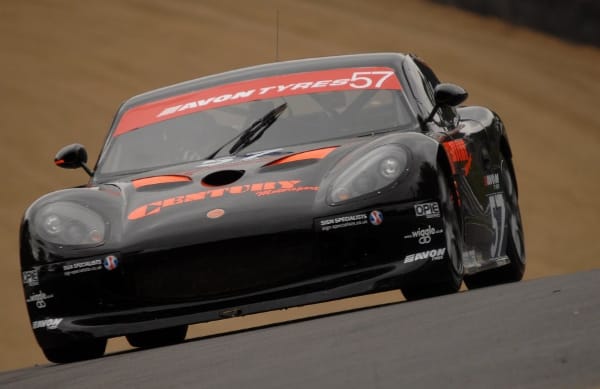 The Hetheringtons and Century - winners again in G4