Sumo Power GT have completed their driving line-up for this year's FIA GT1 World Championship with Jamie Campbell-Walter returning to the team for a second year, pairing up with David Brabham.

The pair will pilot the team's no.21 Nissan GT-R, Enrique Bernoldi and Ricardo Zonta already confirmed in an all-Brazilian line-up for the no.20 car. Sumo Power's line-up was initially to have finalised after a shootout at Qatar, however, the choice was made to cancel this test.

The new announcement confirms the two Nissan teams in this year's championship as having almost certainly the strongest driving crews of any of the brands represented in the GT1 WC. Richard Westbrook, Peter Dumbreck, Michael Krumm and Lucas Luhr will drive for JR Motorsport, the other team running the GT-R this season.

A former FIA GT champion Campbell-Walter notched up Nissan's only Championship Race win of the year, when he and Warren Hughes won at Silverstone to win the Tourist Trohpy.

Brabham brings two decades of sportscar racing experience with him to the team. A double American Le Mans Series (ALMS) champion and Le Mans 24 Hours winner in prototype cars, Brabham also has two class wins in GT machinery at Le Mans. 2011 will also not be is first season with Nissan, as he was part of a team which won the Spa 24 Hours with a Nissan Skyline GT-R in 1991. 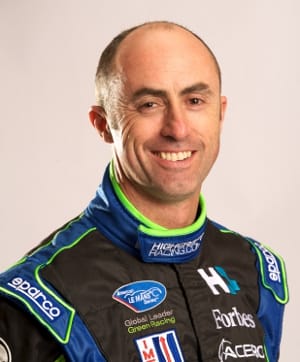 “When I was at the FIA awards ceremony in December, I saw the GT1 trophy being presented and I thought how cool it would be to win it,” Brabham remembers. “Therefore, I was delighted when the opportunity came up to join Sumo Power GT. I'm now really excited to be part of the team and the FIA GT1 World Championship. The series has all the right ingredients and I like the format of the races. A reflection of its credibility is the number of top-level drivers that are taking part, which means there's a lot out there that could win the title – and of course, that includes the drivers in the two Nissan teams.”

“Since starting Sumo Power in 2002, the one passion I have above all else is to see our cars out there competing – and winning!” says Team Principal Andy Barnes. “That's why I'm delighted to be heading-up the Sumo Power GT team this season. We intend to build on everything the team achieved last year and, with our great line-up of drivers, we're aiming for nothing less than the title. Bring it on!”