Esplanada dos Ministerios stadium in the heart of Brazil into an arena fit for the cream of the crop in the world of Freestyle MotoX to run supreme, and for Nate Adams it was the chance to take the lead at the top of the championship after current leader, Dany Torres could not compete due to an injury. 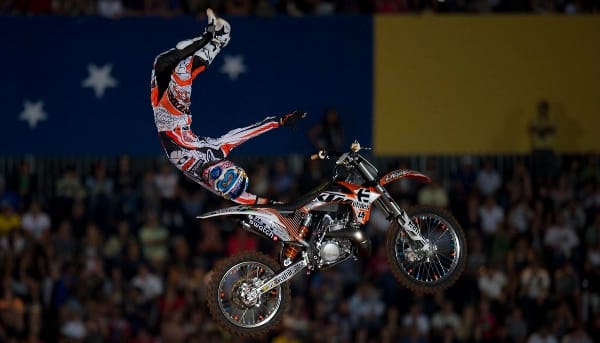 The packed crowd of 100,000 people saw some riders struggle with the giant kickers created from 600 truckloads of dirt, with Andre Villa, who was among the favorites after finishing  second in last years championship . He was forced to dismount his bike in the semi-final and Levi Sherwood, a 19-year-old from New Zealand also saw the same end to his night, ending up in fourth place. Local lad Gilmar Flores was unable to get through to the second round ending up 11th.

That left Nate Adams to defeat Robbie Maddison in the final showdown with Andre Villa in third. “I've never seen so many people in one spot before. I'm just speechless.” said Adams after winning in front of the largest crowd ever at a X-Fighters event.

Kiara Fontanesi: The Making of a Champion