Hexis Racing have secured a deal to run a pair of McLaren MP4-12C in next season's FIA GT1 World Championship.

The move will bring to a close the French team's link with Aston Martin, the marque they have used first in the FIA GT3 European Championship and then in the GT1 World Championship in 2010 and 2011. In the first two seasons of the revamped GT1 series the team have recorded five wins, winning the 2011 teams' championship from JR Motorsports.

The GT1 Championship will adopt GT3 rules for 2012, a move that has attracted McLaren who debuted the MP4-12C this season in the Avon Tyres British GT Championship and Blancpain Endurance Series.

“I am delighted that Hexis will be running the 12C GT3 in 2012,” said Martin Whitmarsh, McLaren Group CEO. “McLaren GT has undertaken a challenging development programme in 2011 and we are confident the 12C GT3 will be the most reliable, efficient and rewarding to drive GT car on the grid next year.”

“With the 2012 FIA GT World Championship adopting GT3 regulations, the opportunity presented itself to launch into this category with current World Champions Hexis. With the engineering support of McLaren GT and a car bristling with Formula 1 technology in the 12C GT3, I am sure this partnership will be successful.” 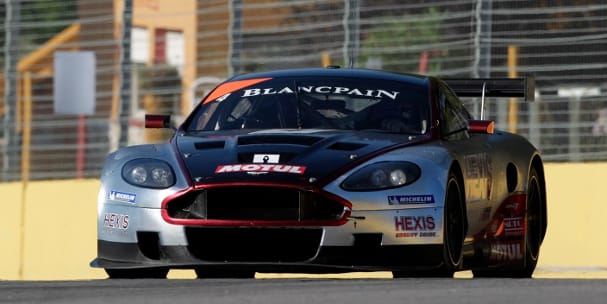 Hexis team principal Phillipe Dumas added; “we started thinking about this project in the spring when the GT3 version of the MP4-12C was unveiled. We had a meeting in Woking, but it was obvious that the development of a GT1 for the world championship wasn't part of McLaren GT's plans. Even so I never lost hope. We stayed in contact on a regular basis and we met up again on several occasions. The MP4-12C GT3's debut at Spa only helped reinforce my convictions.”