Spaniards Morcillo and Cintrano have been regular teammates, running under the Azteca Motorsport banner in a Mosler MT900 GT3 run by Neil Garner Motorsport. Paul White meanwhile had run for his Strata 21 team, sharing another Mosler with Calum Lockie. Together White and Lockie won the Class One title in 2011.

However, commitments elsewhere have stopped White running his own team and instead will join the driving roster for a combined team, with Neil Garner's team running a Mosler for the trio.

Morcillo – who took four consecutive pole positions at the start of the 2011 season, will drive the full season with either Cintrano or White as co-driver.

White, Cintrano, Morcillo and Calum Lockie competed together at last October's Britcar 24 Hours for White's team, though a litany of mechanical problems knocked them out of the event. An entry for the 2012 event in late September is planned, with Neil Garner Motorsport running the entry. 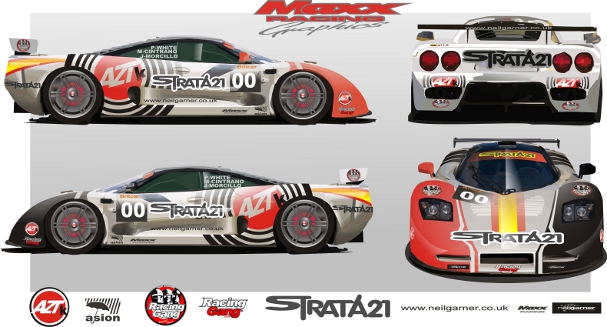