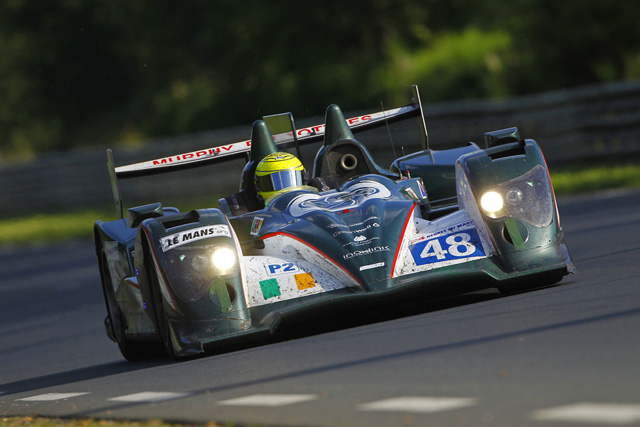 Four ORECA 03s will spearhead an multi-pronged assault for the “6 Hours of Donington” this coming weekend, especially as the Thiriet by TDS Racing Team hope to continue their winning ways, with the Swiss team looking to their #46 driver team to keep pushing ahead. Pierre Thiriet and Mathais Beche have had a great start in the series, winning at Le Castellet, as well as playing their part at the 24 Heures du Mans, where their team finished 2nd in the LMP2 class in their debut.

Hot on their heels is the SÃ©bastien Loeb Racing outfit, who made an impressive series debut last time out, finishing second, and StÃ©phane Sarrazin makes a welcome return to the outfit, which was founded by 8-time WRC legend SÃ©bastien Loeb and Dominique Heintz.

2-time Le Mans Series champion Sarrazin returns to the track for the first time in nearly a decade, and partners up with current team mates Nicolas Minassian and Nicolas Marroc to attack for victory, and is still undaunted in his approach to the circuit, and happy to be part of the team:

“Our objective will be to run up frontâ€¦ and to possibly win! Donington is a track, on which the LMP2 cars will be able to do well. With slow turns and quick corners, the course should suit the ORECA 03. The gaps are close in this class and the fight promises to be tough and at an elevated level.”

Pecom Racing is continuing its double adventure this year, competing in both the WEC and the European Le Mans Series, as their year started well at the 12 Hours of Sebring, with a podium finish, before Le Castellet and Spa were rounds that the Argentine team would rather put at the back of their minds, but after their third place finish at the Circuit de la Sarthe at Le Mans, the #49 squad, which is made up of the quick and experienced Pierre Kaffer, Soheil Ayari and Luis Companc, who look to show their hand in this tightly-fought series, and to get back into serious contention.

Murphy Prototypes are determined to hit the top spot of the podium this time around, especially as it is on home soil. The team will field a strong line-up in the form of home-grown racer Jody Firth, along with Warren Hughes and Luca Moro, with Firth saying that this rendezvous with his local track will be special, and that he is looking forward to showing what the team are capable of, especially with the unfortunate retirement of the #48 Nissan-powered LMP2 at Le Mans, whilst leading as well:

“It's the closest circuit to my home, and I watched my father race here starting at age two. So it's a bit like a second home! Donington is a quick track, which requires full participation from the driver, and a certain amount of courage too. It is perfect for the ORECA chassis: you need good downforce, without losing too much in top speed, and that's precisely one of the characteristics of the ORECA 03.”

So all teams are looking ahead to the race, where ORECA will look to retain its lead at the top of the Constructors' championship with Nissan, with all four teams looking to help defend the series lead, but what may happen on track could change things around, with the teams having their own aspirationsâ€¦