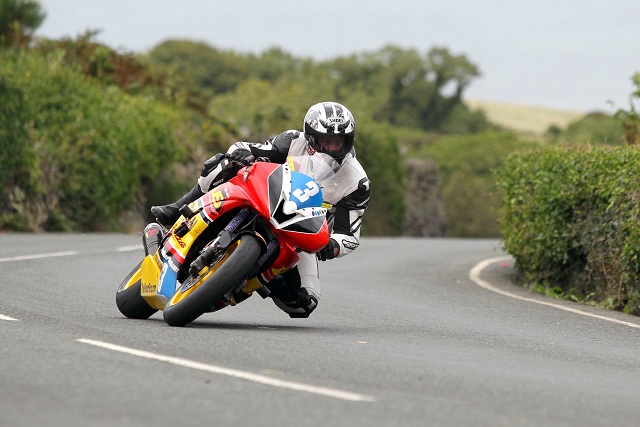 Wayne Kirwan took his first victory on the Isle of Man after winning a close fight with Mike Minns in the Junior Manx Grand Prix on Tuesday. The race had been delayed by poor weather the previous evening but was certainly worth the wait when it did take place.

It began dramatically with the exit of Jamie Coward who had entered as favourite. The Yorkshireman was first onto the road but was reported to have gone off at Laurel Bank, handing the early lead to Stephen McKnight. The Ulsterman was under pressure though with Kirwan, Minns and Michael Sweeney all within two seconds of him at the end of lap one.

The leading trio stretched clear on the second lap but the decisive moment in the race came at the end of the third when Kirwan’s mechanics sent him into an eighteen second lead over Minns who was virtually level with him at the previous time check at Cronk Ny Mona.

Meanwhile, McKnight had come under pressure from Paul Smythe with the Manxman taking over third place at the Bungalow on lap four but McKnight was reprieved when Smythe crashed at Keppel Gate, handing him the final podium position.