Will Power Teams Up With Mark Winterbottom For Gold Coast 600 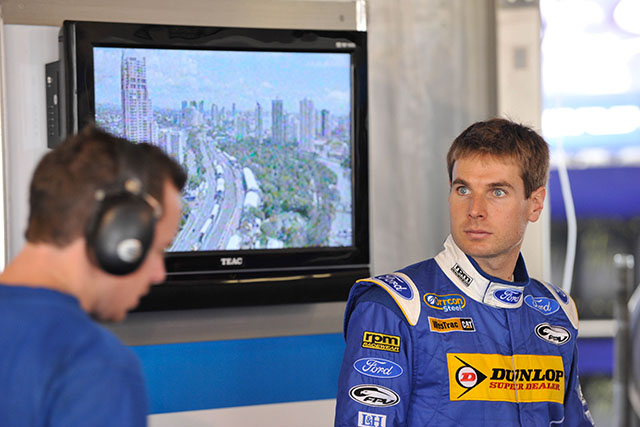 Will Power will pair up with Ford Performance Racing’s Mark Winterbottom in the Armor All Gold Coast 600 this October.

The current IZOD IndyCar Series leader teams up with FPR for the second time in three years, having raced with them in the event’s inaugural round in 2010, where he paired with Winterbottom’s current endurance race partner, Steve Richards. He was also set to join Winterbottom in 2011, but was forced to withdraw after suffering injuries in the tragic IndyCar accident the week prior in Las Vegas that claimed the life of Dan Wheldon.

Power is no stranger to the Surfers Paradise circuit having taken three-consecutive pole positions at the track from 2006-08 (though no race wins) during the Champ Car/IndyCar period, and the Australian is excited about racing on home soil again.

“I am really looking forward to coming back to the Gold Coast this year as it is now the only chance I get to race in front of a local crowd,” Power said.

“Last year’s events aside, I have enjoyed racing at Surfers Paradise for many years and it will be great to team up with Frosty who won there last year in the car I would’ve been in.

“We are in with a real chance again given the season the team is having and to be driving in the same team as my mate Will and the likes of Mika and Nick is pretty cool. I think we are going to have a lot of fun.”

FPR team principal Tim Edwards is pleased Power will race for the team after showing such promise in 2010.

Will is one of the great drivers in the world right now and while we’ve all seen what he can do in an IndyCar his form in a V8 Supercar two years ago was equally impressive,” Edwards said.

“I’m sure he will quickly be back on the pace again this year and with familiar team-mates and engineers it will be like getting the band back together.

“Nobody deserves a win on the streets of Surfers Paradise more than Will so I’d like to thank Roger Penske for allowing him to drive for us and hopefully we can repeat last year’s efforts and get him the win he so badly deserves.”

By Justin Nguyen
2 Mins read
Supercars Championship driver Brodie Kostecki is eyeing a (return) trip to America to début in the NASCAR Cup Series, according to a report by Speedcafe.
Touring Cars

By Justin Nguyen
2 Mins read
After the demise of the Boost Mobile Super Trucks, Dave Casey is moving to another truck racing discipline: he will race in the V8 SuperUte Series for Sieders Racing.