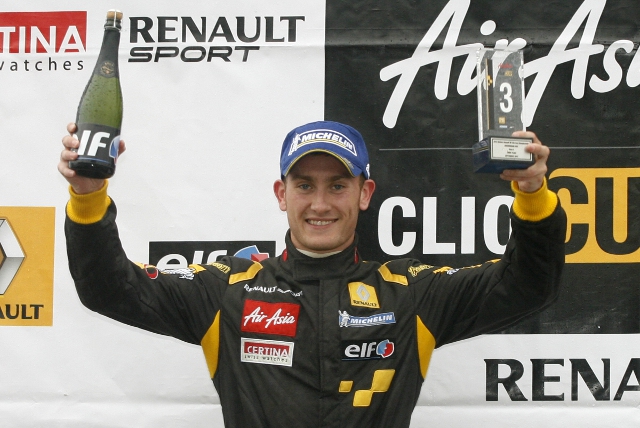 In the Supercup, Carl Breeze dramatically moved to within just 15 points of the championship lead with second and third place finishes in the two races, though the Kings Lynn driver would have hoped for more having led both races.

Team-mate Jamie Orton had a tougher event, crashing out of the opening race after contact with championship leader Tom Sharp, before bouncing back to fight from 15th to 7th in race two.

In the Clio’s James Dixon enjoyed his best weekend of 2012 with two fairly uneventful races for him culminating in a pair of third place finishes, making it three podiums in the last four races for the Kent-based racer.

Team-mate Rob Smith and Nicolas Hamilton had contrasting fortunes, Smith taking tenth and fifteenth place finishes, while Hamilton crashed out of the opener, before finishing 14th in race two.

“It’s been a very good weekend for both squads”, said TCR team principal Lee Brookes, “With how the Ginetta GT championship stood when we came back into the series at Oulton Park in June, we couldn’t have expected for Carl [Breeze] to have eaten into the lead like he has. With five races still to go, he really has got a great chance at challenging for the title.

“James [Dixon] was the most competitive he’s been since he rejoined the team, two more podiums is great and where we should be. Qualifying was unbelievably close between the top four, nothing in it at all, so if he’d started on the front row there could definitely have been a win there as well.”

By Vince Pettit
1 Mins read
After a stellar year in Ginetta Juniors, Josh Rattican is making the move up to Ginetta GT4 SuperCup for 2021.
Renault UK Clio Cup