Autosport International Karting Event Kicks Up A Gear For 2013 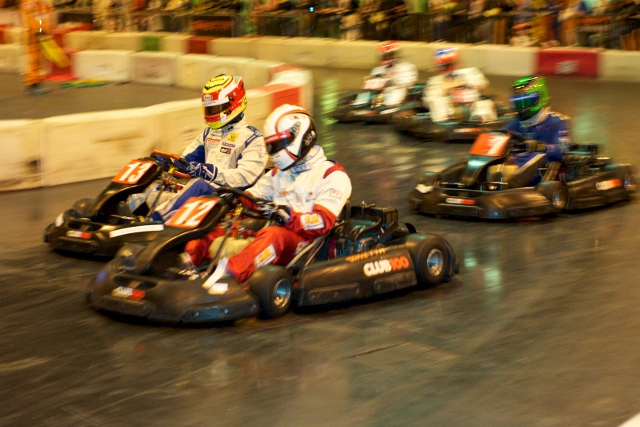 The Autosport International Charity Karting Challenge will step a gear for the 2013 edition, the event being hosted by Johnny Herbert and the duration of the race growing to three hours, in line with Herbert’s previous karting events.

“Johnny Herbert’s Karting Challenge has become a favourite among drivers over the years, and we’ve had some fantastic guests,” commented Roy Craig, who will manage the event along with Baz Scott, managing director of Race Drivers Inc.. “The Autosport partnership is just what was needed to take both events to the next level.”

The changes to the race are the start of the multi-year plan to turn the event into the most anticipated karting event of the year, strengthening its already important position.

“The 2013 challenge will be run in conjunction with Race Drivers Inc., and I thank Baz for his invaluable input. Thanks also to Roy, who has been involved with running my event for nineteen years.”

The celebrity karting event at Autosport International has become one of the annual show’s highlights, attracting a superb array of British racing talent raising money for charity. The 2013 event –to be run on the evening of the Friday (January 11) of the event – will raise funds for The Alzheimer’s Society, in memory of Indycar champion Dan Wheldon.

“Over the last few years we have staged a popular Charity Kart Race at the Show and we look forward to welcoming Johnny Herbert’s Karting Challenge and working with Race Drivers Inc.,” said Ian France, show director of Autosport International.

By Adela
4 Mins read
Have a read on some insights of #ArcticXPrix to prepare yourself for the first motorsport event in the area.
British GTOther

By Michael Callander
1 Mins read
Steller Motorsport will contest for GT4 honours in British GT this season, after Silver Cup line-ups were outlawed in GT3.