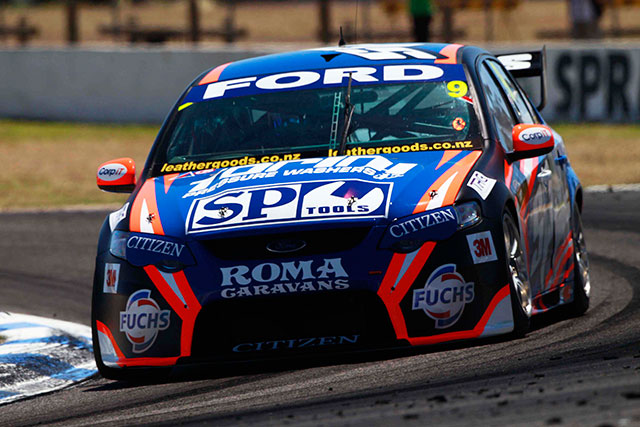 Shane van Gisbergen has called time on his V8 Supercars career, citing personal reasons for his decision to return home to New Zealand.

Earlier this year van Gisbergen, driver for the #9 SP Tools Racing Team, signed a new three-year deal with Stone Brothers Racing (SBR) to compete in an SP Tools-backed AMG Mercedes. The deal would have seen van Gisbergen, currently fifth in the championship, become the longest serving driver at SBR.

Last week, however, van Gisbergen communicated to the team that he wished to leave V8 Supercars, and after much discussion, SBR agreed.

In a statement released by SBR, the team announced it is in Shane’s best interest to release him from contract, with the Kiwi also moving to quash speculation he was disillusioned with the sport and Stone Brothers Racing’s change of direction.

“Today I am announcing that I will be leaving Stone Brothers Racing and the sport of V8 Supercars. Contrary to media reports, I do not wish to race for another V8 Supercar team and my decision to leave the sport has in no way been caused by Ross and Jimmy’s decision to switch manufacturers in 2013 or the teams partnership with Erebus Motorsport,” said van Gisbergen.

“I am leaving V8 Supercars due to personal reasons which I do not wish to discuss in the public domain. I will be moving back home to New Zealand and have no fixed plans for the future.

“I have enjoyed a five successful years with Stone Brothers Racing and was given as unique opportunity by the team to race V8s at a very young age, which I am very grateful for.

“I would like to take this opportunity to thank Ross, Jimmy, my sponsors and my team for the time and money they invested in me during my V8 career.”

Team principal Ross Stone said the team was disappointed by the departure, but confirmed existing sponsorship arrangements would not be compromised.

“SBR are disappointed to be losing such an exceptional talent and while there has been much speculation in the media regarding the reasons behind Shane wanting to leave, it is not for want of driving for another V8 team,” said Stone.

“Shane’s motives to quit the sport are private and SBR have agreed that the best way forward for all parties is to release Shane from his current three year contract.

“Major sponsor of the #9 SP Tools Racing Falcon, SP Tools, and SBR’s relationship will not be affected by Shane’s departure from the team and they will continue the three year contract they currently have.

“This decision will also not in any way affect the newly formed partnership between SBR and Erebus Motorsport, nor will it have any impact on the current sponsorship contracts we have.”

“At this point in time we are not in a position to say who the replacement driver for the #9 car will be, but this will be announced before the start of the 2013 season.”

“I ask that the media and public give Shane and his family the privacy they require at this time.”

Van Gisbergen’s  last race will be at the final round of the Championship Series, the Sydney Telstra 500, on Sunday 2nd December.