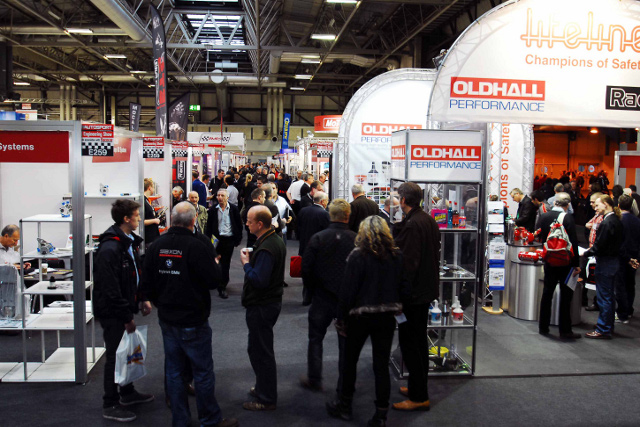 Autosport International (January 10-13) will bring together a £6 billion UK industry at the Birmingham NEC for Europe’s largest motorsport show.

The Motorsport Business Survey, compiled using economic data gathered by the Motorsport Industry Association (MIA) shows the UK motorsport sector strong with growth in sales matched by increasing employment in the sector and investment in research and development projects, 17% of companies in survey reporting they reinvested 30% of their turnover into R&D, a level well above the national average in the manufacturing sector.

60% or companies surveyed reported increased sales over the 2011/2012, with over 10% or them detailing a rise of over 50% in sales, despite the well-publicised problems elsewhere in the economy.

“Our report, the only one of its kind, shows that the world-beating UK motorsport industry is in rude health, with great future prospects,” said Chris Aylett, Chief Executive of the MIA. “We’re seeing a growing appreciation, across the globe, of our pre-eminence in the field of high performance engineering, and for the quick-turnaround solutions demanded by the worldwide motorsport industry.”

The UK’s ‘motorsport valley’ is home to some 40,000 jobs in over 3,500 motorsport related companies.

Autosport International remains the UK industry’s biggest, with 700 companies exhibiting to nearly 30,000 trade visitors, including more than 5,000 decision makers from companies outside of the UK, at the 2012 show. In total it is estimated that last year’s show generated £800 million in business for the companies at the show.

By Daniel Lawrence
2 Mins read
At just 18, Elliot Payne will compete in his first-ever full season of Championship Rallying, as he sets out to compete in the Junior British Rally Championship.
Formula 1Other

By Nick Golding
2 Mins read
Red Bull team principal Christian Horner knows just how important it is to keep Mercedes under pressure, as Max Verstappen gets the teams first win of 2021.