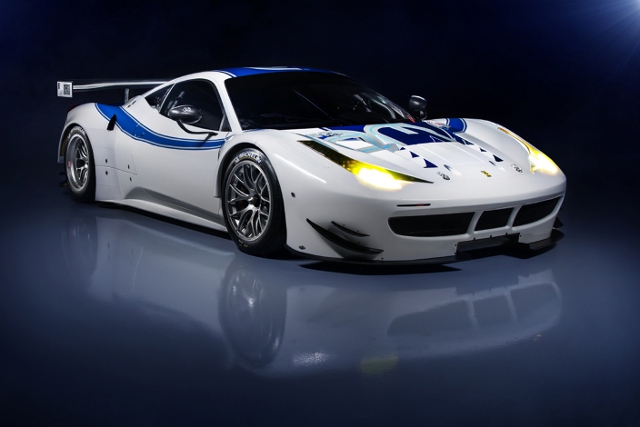 New team RAM Racing have announced their intentions for the 2013 season, planning a pair of entries in the GTE class of the European Le Mans Series (ELMS), the series have pulled down the wall between Pro and Am sub-classes for the new season.

The ELMS is described as an ‘achievable goal’ for the team’s first full season, with sights already seemingly set on progression into the FIA World Endurance Championship and the 24 Hours of Le Mans.

The team’s full driver line-up for the ELMS has yet to be confirmed but it is likely that former Lotus works driver Johnny Mowlem will lead the team on track. Run from a facility close to the Silverstone track the team will make their ELMS debut at the home track in April when the Northampton track hosts the first races of both the ELMS and WEC seasons.

“Our goal is to under-promise and over-deliver because otherwise you’re just going to disappoint people from the outset,” said Dan Shufflebottom, who will lead the new team. “We may be relatively new at running our own team, but we know what it takes and, more importantly, what’s not necessary to run a tight, efficient and successful operation.   We’ll have what it takes, but we won’t be wasting resources.”

“We’re massively looking forward to the challenge ahead – every single one of us.  We’ve done our homework carefully, have put together what we consider to be a cracking team of people, and taken delivery of one of the most beautiful GT racing cars in competition, the Ferrari 458.”

Working with Shufflebottom in the team is a core of 16 full time employees, who together have over a century of experience in GT racing. These include Kevin Poole as head of operations and technical director and race engineer Mark Schomann who brings experience of running GTE Ferraris as part of both the Risi Competizione and Luxury Racing teams.

As well the commitment to the GTE car in the ELMS the team also has a GT3-spec Ferrai 458 which will be entered in selected races during the season. The GT3 car is given the honour of beginning the team’s racing story at the 24 Hours of Dubai in January, Guy Smith the first man named of the driver line-up for the race. His teammates will be confirmed at a later date.

“As we like tackling things head on [at RAM Racing],” explains Shufflebottom, “we’re going to be using the Dubai 24 Hours as our debut in international racing so that we’ll be completely ‘run in’ by the time by the ELMS begins in April.”