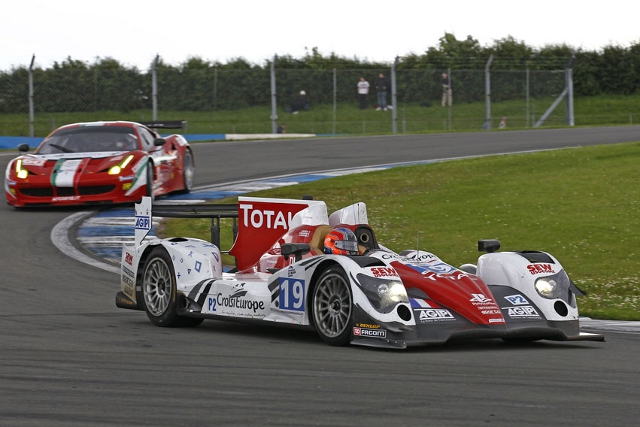 Sebastien Loeb Racing will return to the re-launched European Le Mans Series this year, remaining in LMP2 with the ORECA 03.

The squad competed at Paul Ricard and Donington Park in the 2012 season – finishing second and fourth respectively with the all French line-up of Nicolas Marroc, Nicolas Minassian and Stephane Sarrazin – but opted out of a trip to Petit Le Mans which formed the final round the championship after the calendar had been cut in the face of dwindling entries.

Though the final parts of the deal are still coming together the team plan not only an ELMS campaign – starting at Silverstone in April – but has submitted an entry for the 24 Hours of Le Mans.

“After getting our feet wet during the 24 Hours of Le Mans Test Day 2012, we want to take the next step.” said team manager Dominique Heintz. “Competing in the 24 Hours of Le Mans is an important goal and to be part of such a legendary race would be a dream come true. This logically comes from a participation in a Le Mans series : we chose the European Le Mans Series, an interesting platform that allows LM P2 cars to fight for the overall win.”

“We’re ambitious and we want to do all we can to win. For this, we have to surround ourselves with the best. We hope that our efforts will attract people. To be on track at the 24 Hours of Le Mans, with a multi-time World Rally champion leading the team, would be unique. The idea of it is very exciting!”

Loeb – as well nine WRC titles – already has two starts in the 24 Hours of Le Mans with Pescarolo Sport in LMP1, finishing second overall in 2006.

By Paul Hensby
1 Mins read
Franco Colapinto will miss this weekend’s races at Imola as he focuses on racing in the European Le Mans Series in Barcelona.
24 Hours of Le MansFIA WEC

By Alice Holloway
2 Mins read
Tom Dillmann and Esteban Guerrieri have been announced as ByKolles Racing’s test and development drivers for their Le Mans Hypercar project.