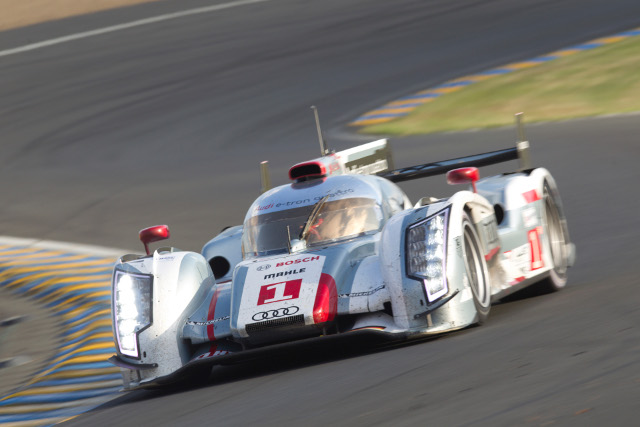 Marcel Fassler, Andre Lotterer and Benoit Treluyer will be able to defend the FIA World Endurance Championship (WEC) title they won in 2012, with Audi confirming that the trio will stay together in the #1 Audi R18 e-tron quattro.

Audi Motorsport will enter two of their hybrid LMP1 for the full WEC with a third car added for the Six Hours of Spa-Francorchamps and the 24 Hours of Le Mans, the Belgian event acting as ‘dress-rehearsal’ for Le Mans.

Allan McNish and Tom Kristensen, who finished second in the championship after completing a majority of the 2012 WEC season driving as a twosome after the retirement of Dindo Capello, will be joined by Frenchman Loic Duval in the team’s second full season entry.

“With these three combinations we’ve put together an international team that we expect a lot of,” said Head of Audi Motorsport Dr. Wolfgang Ullrich. “Our younger drivers will have the chance to establish themselves alongside the experienced Audi drivers who have really been pleasing us with their top results in all these years. With that, we’re in a very good position in terms of drivers for the Le Mans 24 Hours as well as for the other WEC races.”

The WEC season begins at Silverstone on April 14.