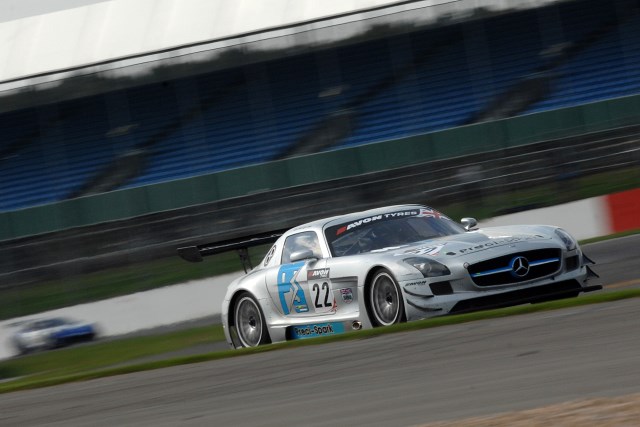 The Preci–Spark Engineering and Rosso Verde teams have both confirmed they will return to the grid for the 2013 Avon Tyres British GT Championship.

Both squads will run unchanged driver line-ups from last year, with their pairings some of the most experienced set to be on the grid for the season.

Twins Godfrey and David Jones, champions in 2009, will return with their fearsome Mercedes SLS. The pairing switched to the German car after abandoning the Ascari KZR1 for the 2011 campaign and were the lone SLS representatives in both of the last two seasons. However, it is likely their examples will be joined by at least one other car on the 2013 grid when the season begins on Easter Weekend at Oulton Park.

Hector Lester will combine – once more – with Dane Allan Simonsen in the pro-am line-up for Rosso Verde, the pair driving a Ferrari 458. The duo scored two podiums in 2012 – the first in the opening race of the year, the second at the two-hour race at Rockingham. However, they missed the final three rounds of the championship at Snetterton, Silverstone and Donington Park. Meanwhile the Joneses rounded off a lacklustre 2012 with a best finish of fourth in the final race of the year.

“We’re pleased to welcome back the Jones brothers and Hector and Allan; between them these two pairings have 20 years of British GT experience and they’re still quick to this day; something which is note-worthy in the modern GT3 era,” said championship manager Benjamin Franassovici. “We’re pleased to have a lot of new entries to the series this year, but crucially, we haven’t lost our core base, the people who’ve supported us when grids haven’t been so buoyant. Over the years we’ve listened to our customers and with their input we’ve been able to make decisions on how the series can run without alienating people. The Jones’ will be prime candidates for our Gentleman Cup, as will Hector. Having Allan in the Ferrari again is special and we’re confident we’ll have some exciting weekends of racing for our fans this year.”