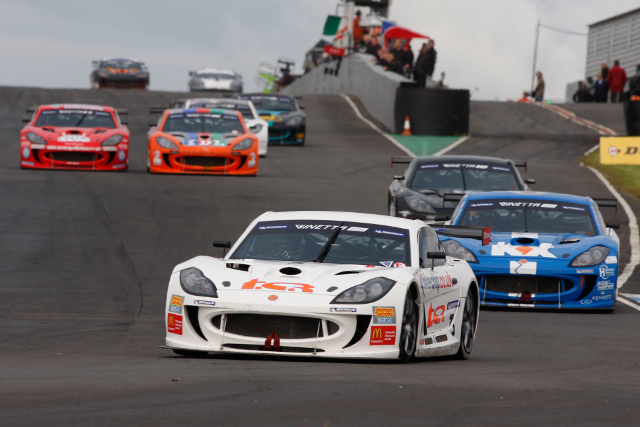 The Michelin Ginetta GT Supercup has become only the second one-make championship in the UK to be named as a qualifying championship towards British Racing Drivers’ Club (BRDC) membership.

The Supercup therefore joins the likes of British GT, BTCC and the only other one-make series with the accolade, the Porsche Carrera Cup GB, as a BRDC recognised series.

“Ginetta, and indeed myself, are thrilled to have the Michelin Ginetta GT Supercup named as a BRDC Qualifying Championship for Membership,” said Ginetta Chairman Lawrence Tomlinson. “The core of what we do at Ginetta is to support new talent in motorsport, and we know how important it is for young drivers to compete in a BRDC recognised racing series.”

“I am delighted that we are adding the Ginetta GT Supercup to the list of championships that can be used towards qualification for membership of the BRDC,” added BRDC Director Jason Plato. “The Club is rightly tough to get into and this move simply recognises the highly competitive nature of the Supercup nowadays.”

Ginetta meanwhile have also confirmed their retained partnership with motorsport insurance brand MIS Motorsport for the new season, with the local company being named as their recommended insurance supplier.

“We are delighted to retain our professional partnership with MIS Motorsport for 2013,” added Max Gregory, Championship Manager for Ginetta Cars. “They understand what our teams and drivers need from their insurance provider and keep their customers at the heart of what they do; which is very important to us.”