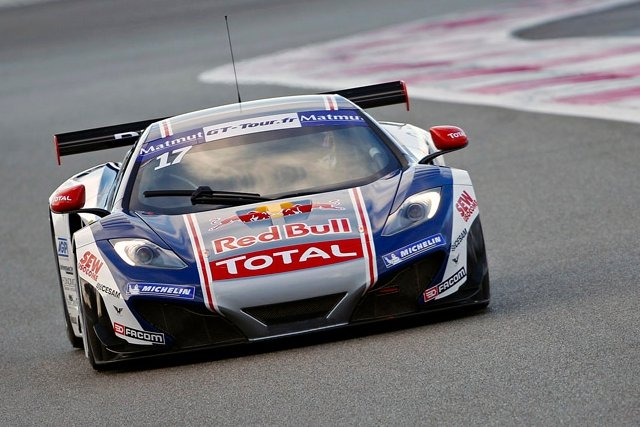 Sébastien Loeb Racing has showed it’s intention to battle for top positions in the FIA GT Series in 2013 with the announcement of Mike Parisy and Andreas Zuber driving one of the two McLaren MP4-12C joining Sébastien Loeb and Alvaro Parente in the sister car for the Alsacian team.

The driver line up for the team is a great marriage of performance and experience for the Soultz-Sous-Forêts based team is giving itself the best chances to compete at the front of the field in the FIA GT Series.

Team manager Dominique Heintz explains more “After a season in French GT championship, the team will be discovering GT racing on the international level.” He went on to elaborate on the experience his driver line up brings to the series, “To take on this challenge, we formed solid driving squads.  The drivers come from different background: Sébastien comes from rallying, Alvaro and Andreas have more of a history in single-seaters, while Mike is more a GT man. This diversity will be beneficial for everyone.  We are uniting top speed and GT experience.”

Mike Parisy is a true GT specialist, after becoming champion in Formula France in 2004 and putting in notable drives in Porsche Carrera Cup eventually being runner up in 2008, he became French GT3 champion in 2009. Twice on the final podium in European GT3 championship during 2010 and 2011, he won his first FIA World GT championship race last year.  The French driver was delighted to explain “It’s a great pleasure to join Sébastien Loeb Racing. The goal is clear in my eyes: the first step of the podium with the team. I already know Andreas: he’s a quick and reliable driver. We will gel as a pair and I have no doubts that we will quickly be up to speed. I had the chance to drive the McLaren at the 24 Hours of Spa and it was a good feeling. A top team, a top car and a top teammate: everything is set!”

GP2 race winner, Andreas Zuber has already been teammate to Mike Parisy in the last World GT round in 2012 at Portimao, this relationship will now continue for the entire 2013 FIA GT Series. Since GP2 the 29 year old Austrian driver found success in GT in 2010 and has since completed two full seasons in World GT. “To defend the Sébastien Loeb Racing colours is an honour” explains Andreas. “ It is an excellent team, with a very good car. The McLaren MP4-12C, which I drove at the 24 Hours of Dubai, is certainly the best GT3 car I’ve driven. As for Mike, I know him already: he’s very quick and we get along well. As a rally fan, I’m excited to join the team formed by none other than multiple World Rally Championship winner Sébastien.”

Sébastien Loeb Racing resumed its preparation program this week with two days of tests at Lédenon following a testing session in Navarra in December.  In addition to the FIA Series, the McLaren MP4-12C will also see action in the French FFSA GT championship.