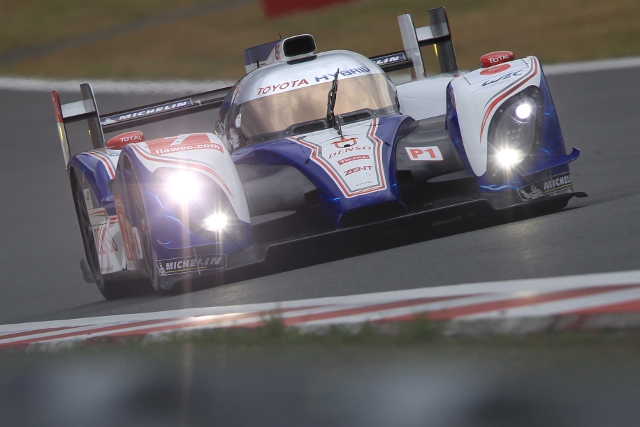 The two cars were revealed – along with the rest of the entries for both the WEC and the 24 Hours of Le Mans – at the Automobile Club de l’Ouest press conference in Paris.

The Toyota squad made their debut in the WEC at the 24 Hours of Le Mans last year before going onto win three of the last four races of the season with drivers Alexander Wurz and Nicolas Lapierre claiming third in the championship despite missing the opening two rounds of the season and not scoring after a DNF on debut.

With two cars for the full season Toyota has maintained the same driver squads as in 2012 with Wurz and Lapierre joined by Kazuki Nakajima in the #7 car while Anthony Davidson, Sebastien Buemi and Stephane Sarrazin returning for a full season in the #8 car after only racing at Le Mans last year.