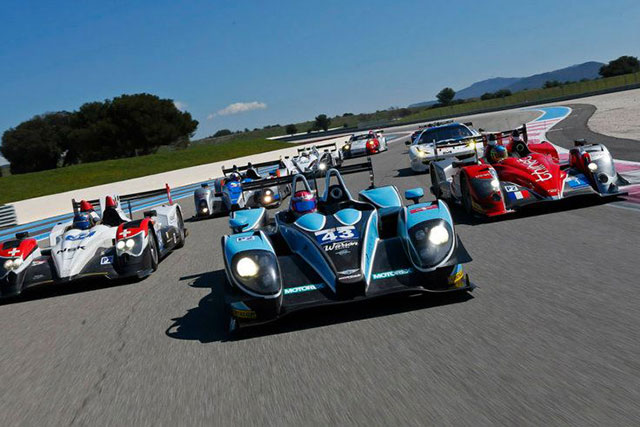 Morand Racing topped the timesheets today in the South of France as the warm weather greeted the teams and drivers taking part in the official European Le Mens Series test.

Jota Sport lead the way in the early morning session which lasted four hours and saw their Zytek-Nissan fastest with a time of 1:48.582, 0.4 seconds faster than Race Performance in their Oreca-Judd. In the LMPC class the Algarve Pro Racing Team FLM Oreca 10 finished 1.2 seconds faster than the #48 Team Endurance Challenge FLM Oreca 09. The #52 Ram Racing Ferrari 458 topped the LMGTE ahead of the teams #53 car.

Following a break the teams took to the track again in the afternoon and the Morand Racing Morgan settled in to the pace of the circuit, taking 0.4 seconds out of the best time set in the morning. Jota Sport continued to push and finished the session just 0.078 seconds slower than the top time. The #48 Team Endurance Challenge car improved on their best time of the morning session finishing 1.1 seconds ahead of Algarve Pro Racing at the end of the three hour session. The #52 Ram Racing Ferrari once again finished the fastest of the two LMGTE cars taking part today.

The two hour evening session saw the Signatech Alpine Nissan set the pace with a lap time of 1:49.377 and only five cars in total taking part.

Two further sessions will take place tomorrow with the track opening at 9am for a four hour morning test, followed by three hour session beginning at 2pm.