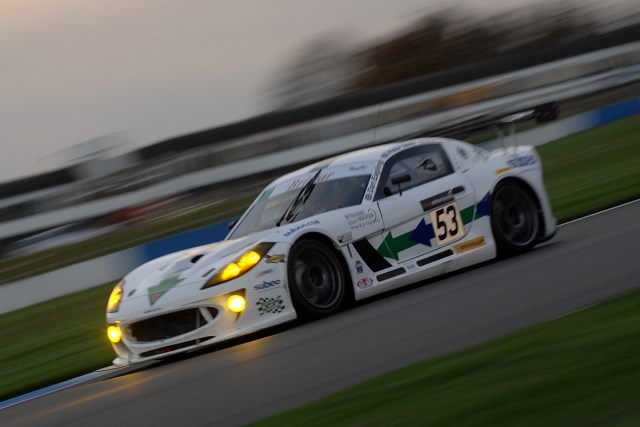 Drivers Matt Smith and Dan Eagling will share a Ginetta G50 in the GT4 class of the Avon Tyres British GT Championship this season.

All three have experience in GT racing. Eagling has formerly driven in British and the Le Mans Series, representing TVR and Ferrari in the latter series. As well as helping to prepare both modern and historic racers Eagling joined Peter and Matt to drive in a three handed effort in the final round of last season’s British Endurance Championship in a Ginetta G55 Cup.

“Having worked with Peter and Matt last season in Britcar and driving with them to a second-place finish in the last round at Donington, I feel we have established a good relationship to base our 2013 plans around,” said Eagling. “I am delighted to be rejoining the British GT field this time as both Team Manager and driver and look forward to an exciting year running with Redgate.”

The father and son Smiths have campaigned Ginettas in several series, including two British GT appearances as an invitation entry at Silverstone and Snetterton in 2010. Peter was also responsible for setting up the team that won the first GT4 class in British GT in 2008, with a Ginetta G50.

Peter said; “this will be my fifth year of involvement in GT racing with Ginettas and I believe we have a team capable of securing good results but also one which I consider has the most overall potential of any I have worked with”.

As well as running in GT4, the team are intending to run a driver in the Ginetta GT5 Challenge that supports the British GT Championship, with the aim being for that driver to graduate to the GT car at the end of the season.

In joining the GT4 ranks for 2013 the team will face competition from established teams Century Motorsport and Optimum Motorsport, as well as APO Sport with the Ginetta G50 the car of choice once again for the class.

The Avon Tyres British GT Championship begins – as is traditional – at Oulton Park on Easter Weekend.