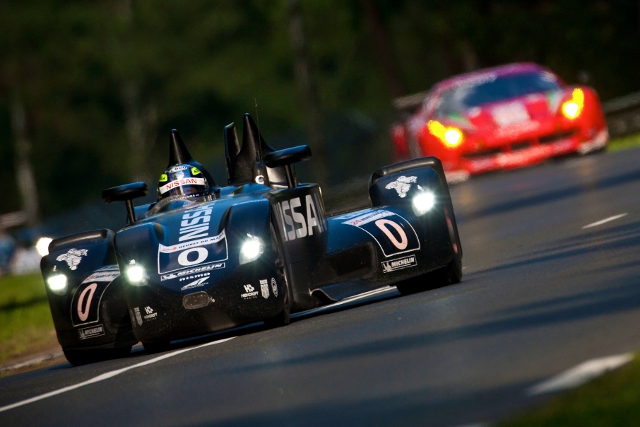 Olivier Pla and Andy Meyrick have been named as the two drivers who will drive the DeltaWing for its race debut at the 12 Hours of Sebring later this month.

The new season also brings a change in engine to an Elan unit developed in house by the team. The subsequent increase in power (and decrease in weight) means that after originally being aimed to mirror the performance of a traditional LMP2 car in 2013 the car will run for points in the LMP1 class of the ALMS.

“As a racing driver it’s an honor to be part of this racing program, and as an OAK Racing driver I want to thank them to let me drive the DeltaWing,” said Pla, who earlier this week was confirmed with OAK Racing for the FIA World Endurance Championship. “The DeltaWing has attracted so much attention since the beginning of the project, and Don Panoz has built and done so many things for motorsports. When I got the phone call from [team manager] David Price to drive the DeltaWing at Sebring, I couldn’t say no!”

Both men have experience in prototype endurance racing, Frenchman Pla with both OAK Racing and Quifel-ASM, while Meyrick has under the Kolles, Aston Martin Racing, ORECA and Dyson Racing banners.

“I don’t think the adjustment will be too big,” Meyrick compares the DeltaWing to his past experiences. “In fact, I am really excited to race the DeltaWing for the first time. The weight of the car should make it especially nimble and reactive to drive, and as a driver, that is a key element.”

Official running for the 2013 12 Hours of Sebring begins on Thursday March 14.