Podium Result For Brumos At COTA 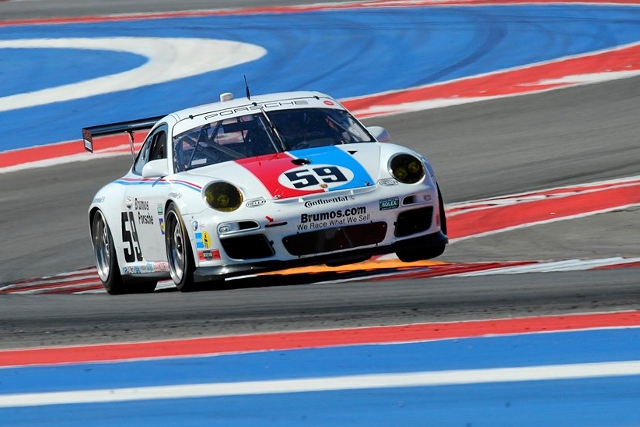 Brumos Racing scored a podium finish at the inaugural Grand-Am of the Americas in Austin, Texas.

Andrew Davis managed to qualify the car in 3rd place despite the team having no previous knowledge of the circuit, whereas other teams had tested at the circuit before.

Davis drove a steady opening stint, keeping the car at the front end of the field before swapping seats with Leh Keen under caution.

“It means so much to be on the podium in this inaugural event here in Austin, and to have Brumos Racing back where we belong is really rewarding.” said Davis. “Our crew worked tirelessly throughout the event and we improved steadily. We knew we needed to focus on our own game plan and not worry about other cars, and that is what we did. Leh and I ran a clean race and kept ourselves near the front all day long. The pit stops were perfect, strategy was sound, and some the late race penalties and issues other teams were having worked to our advantage. I am really thankful to everyone in the Brumos Companies and everyone on our team for giving us a great opportunity and a great car to race.”

Brumos made the most of the caution periods and were on the ball with their pit stops, helping them to a third place finish, after the original winner of the race was handed a post-race penalty for failing to serve a penalty handed to it during the race itself.

“It was really crazy at the end,” added Keen. “There was a lot of bumping and banging going on between several cars. It was just great to be able to get the podium for our team. I couldn’t be more proud of our guys – morale was high throughout the week, the car was good off the truck, and all the changes we made were positives. At race time, we knew we had a really strong car that could run up front. It was definitely an exciting race, and as the first Rolex Series race at this new track, it was a major event. After a tough run at Daytona, getting this 3rd place finish was really special, not just for Andrew and me, but for the entire Brumos team. Now we are ready to take this momentum on to our next race at Barber and hope to give our fans even more to cheer about.”

The result moved the team to 4th place in the GT team standings, only ten points away from the championship lead.