Sebring Win Makes Two Out Of Two For Von Moltke 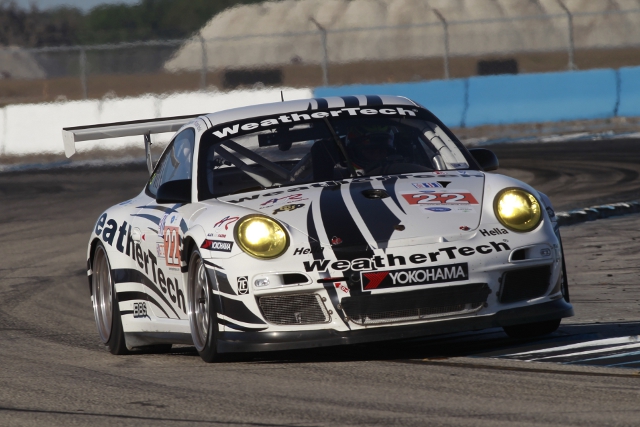 Dion von Moltke‘s 2013 form continued as he took victory at the 12 Hours of Sebring, having won the first race of the year, the Rolex 24 at Daytona.

Von Moltke teamed with Cooper MacNeil and Jereon Bleekemolen in the WeatherTech Porsche as the trio took victory in the GTC class. The win marked von Moltke’s second successive Sebring win, having won the GTC class in 2012 in an Alex Job Racing Porsche with Bill Sweedler and Townsend Bell.

“To start the year with a win at the Rolex 24 at Daytona and then go back-to-back with Sebring victories is just incredible,” said von Moltke. “I’ve got a Daytona win and now two Sebring wins. I’d really love to add Le Mans to that list one day. Getting an opportunity to go do the race in France would be the next on my ‘must do’ list.”

“I have been very fortunate to be a part of both programs with the Audi and the Porsche with Alex Job Racing.” he continued “To also have one of my teammates from Daytona Oliver Jarvis win the race overall for Audi this weekend was also great to see.”

Despite sitting second in the Grand-Am Rolex Series GT standings, von Moltke is still looking for a full time drive in the series for 2013.

“We’re certainly looking at opportunities at the moment, but nothing is locked in,” he explained. “We’re hopeful the wins at Daytona and Sebring will help open some doors and I can take a real shot at the GRAND-AM GT championship. However, I’m certainly open to competing in the American Le Mans Series as well. My goal is to get back in a car and work on keeping this winning streak going.”