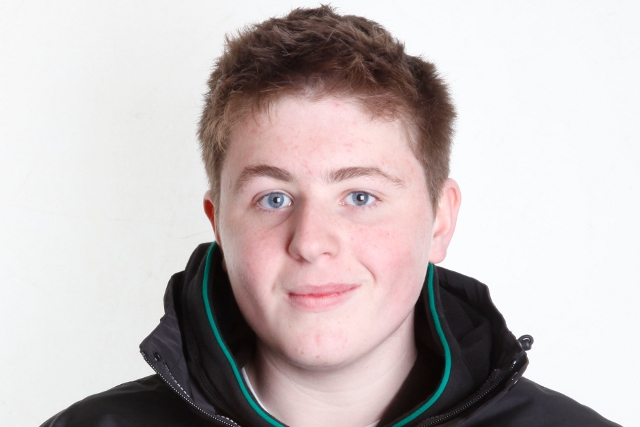 Irishman Andrew Watson is targeting podium finishes in his maiden campaign in the Michelin Ginetta GT Supercup this season.

The 18 year old is joining the series with Douglas Motorsport, the outfit that ran him to fifth overall in the Ginetta Junior Championship last season, Watson ending the year six podiums, including one win, to his name.

Watson has been getting acquainted with the G55 over the winter, taking in tests at Donington Park and Silverstone in recent weeks. The Dubliner describes his preparations as ‘going well’, though he admits he still has some work to do before the opening weekend at Brands Hatch at the end of the month.

“We’re close enough to the pace on old tyres so I’m happy enough, but I’d like to get a bit more testing under my belt though,” Watson told The Checkered Flag at the Ginetta Media Day. “I feel like I’m not yet 100% in the car. I haven’t really found the limit of it yet, so hopefully we’ll find that before the first race.

“At the moment it’s really hard to judge where we’ll be this year. We’re not sure what others are doing with testing and stuff, so we’re just going to leave it until the first race, do our best there and see where we end up.”

Watson is planning a two year assault on the championship, with this season earmarked as a learning year in the car ahead of a title challenge in 2014.

“The goal is to be in there and be competitive as the season goes on,” he added. “A couple of podiums would be nice and with three races in a weekend and the reverse grid, I think there’s good scope to do that.”