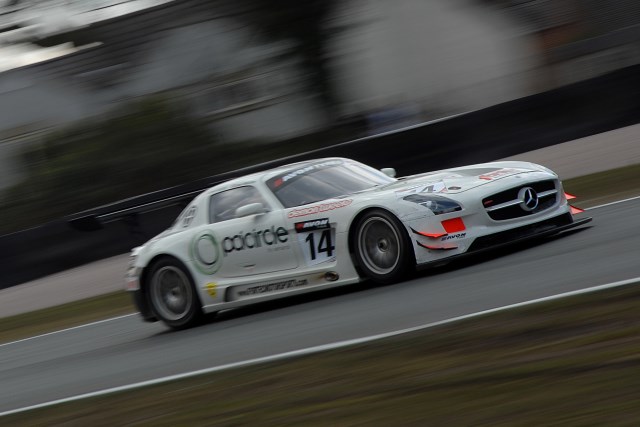 Fortec Motorsports have confirmed that Benji Hetherington and Jason Minshaw will drive for the team for the remainder of the Avon Tyres British GT Championship.

The pair will race together for the first time this weekend in the two hour endurance racing Rockingham. However, both men were part of the Fortec line-up when the team made their GT racing debut at Oulton Park in April with a pair of GT3 Mercedes SLS. On that occasion Hetherington shared one car with Ollie Hancock, Hetherington taking pole for the first race despite only a handful of laps in the car before qualifying. Minshaw, driving with James Walker, took a best result of seventh from the second race of the weekend after their first race had ended at turn one on the opening lap.

For Hetherington the news should be the start of a first full season campaign in the series despite several years competing in the championship for different teams.

He shared a GT4 Ginetta G50 for four races with his brother Freddie in 2010, before racing in the final race that year in a Ferrari 430 Scuderia entered by Chad Racing. After a season in the Porsche Carrera Cup GB Hetherington returned to British GT last year, racing the first half of the season in a JMH Automotive Nissan GT-R (again with his brother) before running two weekends driving for Motorbase with Steve Parish.

Jason Minshaw – whose older brother, Jon, is starting his second British GT season with Trackspeed – has, previously specialised in racing a variety of historic machinery.

“Racing the Mercedes is going to be a big change for me as I have only raced historic cars like Jaguar E-Types before, having wings and grip is a whole new thing for me!,” he said. “I’m loving every minute of it, it’s taking some time to get used to things but we’ll get there. We’ve been testing a lot, and in some previous tests I’ve been a couple of seconds quicker than the other bronze level drivers so that’s promising.”

“Rockingham will be our first chance to show the pace we have and I’m confident for a good result. I’ve not raced on the GT layout before but I’ve raced there with the Historics before and won.”

Fortec’s second SLS for the Rockingham weekend will be driven Oli Webb, part of the squad’s Formula Renault 3.5 line-up and Paraguayan Danny Cania.