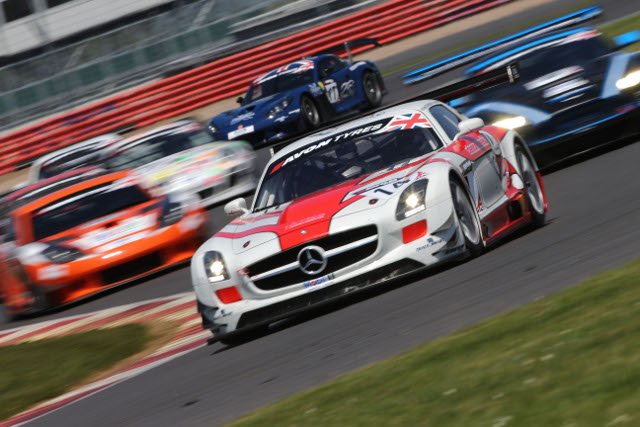 Fortec Motorsports will enter their first Blancpain Endurance Series race this weekend, with a single GT3 Mercedes SLS set to be on the grid at Silverstone.

The experienced single-seater team have branched out into GT racing for this season with a two car effort in the Avon Tyres British GT Championship. The team had planned a Blancpain campaign, but were forced to withdraw from the opening round in April.

The team’s car will be driven by Benji Hetherington, Ollie Hancock and Stephen Jelley. Hetherington and Hancock shared an SLS on the opening British GT weekend, scoring a podium on Fortec’s GT debut at Oulton Park. Hetherington was also part of the team’s driving squad at Silverstone last weekend for the three hour British GT weekend. He led the race early on, but he and co-driver Jason Minshaw missed out on championship points.

“I was really pleased to get the call from Fortec as I loved driving the car to a podium in the British GT at Oulton Park earlier on in the season,” said Hancock. “For a while now I have been on the search for a suitable drive to make my debut in the Blancpain Endurance Series and to do it at Silverstone is even better. I last raced there in a BMW Z4 GT3 in the British GT last year and finished second – so I’m confident we can score some good points. I don’t see any reason why we can’t hit the ground running and fight for a win.”

“Despite the disappointment we had last weekend with the British GT, where we didn’t receive the results we deserved, I’m glad to be back out at Silverstone,” said team manager Trevor Foster. “The Blancpain Endurance Series is great and we have a strong line up with Ollie, Stephen and Benji. It’s going to be a learning curve with using Pirelli tyres, and with the new driver combination, but I feel very strongly that we will get some good results this weekend.”