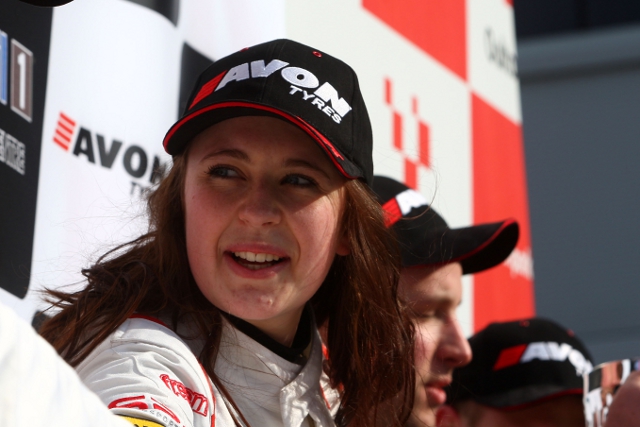 After missing the Zandvoort weekend last month Zoe Wenham is set to return to the Avon Tyres British GT Championship grid for this weekend’s season finale at Donington Park.

Wenham will share Blendini Motorsport’s Ginetta G50 with the team’s regular driver Rory Bryant, replacing Anthony Rodgers at the team.  Bryant and Rodgers scored the team’s first win in GT4 in the second race at Zandvoort, benefitting from the post-race exclusion of the Century Motorsport team. The Blendini team also led the opening race of the weekend, only to have to retire after a mechanical failure.

Wenham’s return to the British GT grid could also put her back in the GT4 championship battle – though her eligibility to score points will only be confirmed shortly before the first track action of the weekend.

Having raced with Declan Jones in the Century Motorsport Ginetta G50 GT4, taking both wins from the first weekend of the season at Oulton Park, Wenham was replaced by team boss Nathan Freke for the Dutch race. Freke will again share the car with Jones this weekend, the latter starting the race second in the GT4 class points behind Optimum Motorsport drivers Ryan Ratcliffe and Rick Parfitt Jr.

www.theCheckeredFlag.co.uk will have full coverage of the final British GT weekend of the year with reports from every session from Donington Park. The two hour race will be broadcast live on MotorsTV starting at 1:05pm on Sunday.