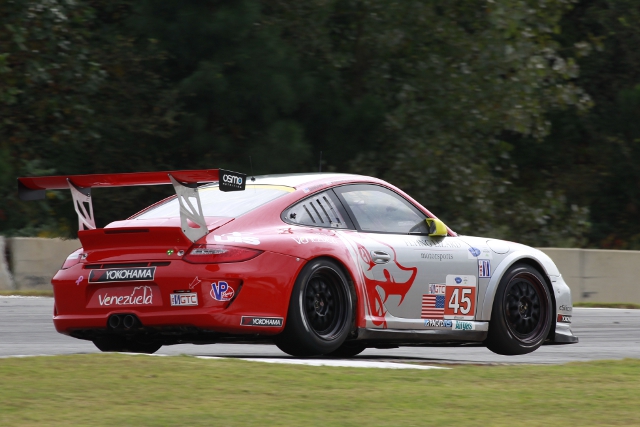 Porsche stalwarts Flying Lizards Motorsport have made a surprise move to Audi R8 LMS machines for the inaugural TUDOR United SportsCar Championship season starting at the Rolex 24 at Daytona in January.

Flying Lizards, the first Audi Customer team in TUDOR Championship, will run two of the cars which are based on the GT3 spec Audi R8 LMS Ultra with only minor modifications for them to fit in the GT Daytona (GTD) category.

Head of Audi Sport Customer Racing, Romolo Liebchen, said: “We are delighted that such a renowned team has opted for the Audi R8 LMS.

“Our aim is to increase our presence in U.S. motorsport. I’m convinced that Flying Lizard wont be the only team in United SportsCar Championship to rely on the Audi R8 LMS in 2014. Other teams will follow.”

Indeed, Flying Lizards team boss and so far only confirmed driver, Seth Neiman said: “This is certainly a substantial change for the team as Porsche has been a great partner for many years. Equally, Audi is a great company with a spectacular racing pedigree, a serious commitment to GT racing, and a clear commitment to forging an alliance to continue both of our winning traditions far into the future. They know how to win, we know how to win, and we both are totally focused on doing just that.”

The California based team have picked a strong car for the job, this year alone the 100 strong fleet of customer Audi R8s have won races in the Blancpain Endurance Series, FIA GT and British GT in GT3 guise as well as a 1-2 in the 2013 Rolex 24 at Daytona in Grand-Am spec with Alex Job Racing.

Flying Lizard’s R8s will first hit the track at the two winter tests at Sebring and Daytona this month.