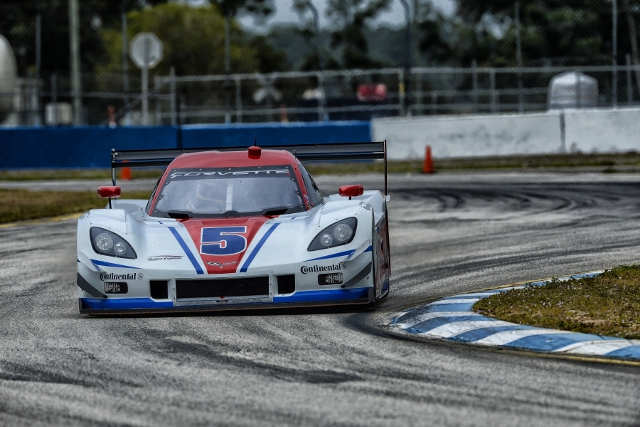 IMSA have confirmed two days of testing at Sebring International Raceway in February ahead of the 2014 12 Hours of Sebring on March 15.

Both the TUDOR United SportsCar Championship and Continental Tire SportsCar Challenge will test on February 20 and 21, with each series having both a morning and afternoon session on each day. The days will give the team the chance to get to grips with the fearsomely bumpy 3.74mile airfield circuit ahead of the race weekend, with both series having their second round of the season on the track after the season starts in Daytona in late January.

The inaugural CTSCC race is scheduled for Friday March 14, with the TUDOR Championship grid fighting for the 12 Hours the following day.

The single-make IMSA sanctioned championships, including the Cooper Tires Prototype Lites and Porsche GT3 Cup Challenge will have also have two days of testing on February 24 and 25.

The TUDOR Championship starts with the Rolex 24 at Daytona on January 25-26, with the official ‘Roar Before the 24’ test schedules for January 3-5 at the high-banked speedway.